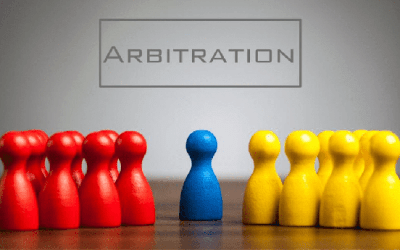 Section 12(3) of the Arbitration and Conciliation (Amendment) Act, 2015 states the circumstances in which an arbitrator may be challenged. These include circumstances that give rise to justifiable doubts as to his independence or impartiality or he does not possess the qualifications agreed to by the parties.

Fifth Schedule to the Act (Annexure-A) contains a list of grounds giving rise to justifiable doubts as to the independence or impartiality of an arbitrator. Seventh Schedule to the Act (Annexure-B) lists the grounds which make a person ineligible to be appointed as an arbitrator. Section 12(5) provides that if a person’s relationship, with the parties or counsel or the subject-matter of the dispute, falls under any of the categories specified in the Seventh Schedule, such a person shall be ineligible to be appointed as an arbitrator, irrespective of any prior agreement to the contrary. However, the parties may, subsequent to disputes having arisen between them, waive the applicability to this provision by an express agreement in writing.

Procedure for challenging an arbitrator:

Termination of mandate of an arbitrator and substitution of arbitrator:

Further, Section 14 of the Act provides that the mandate of an arbitrator shall terminate and he shall be substituted by another arbitrator, if-

Section 15 provides additional circumstances under which the mandate of an arbitrator shall terminate. These include-