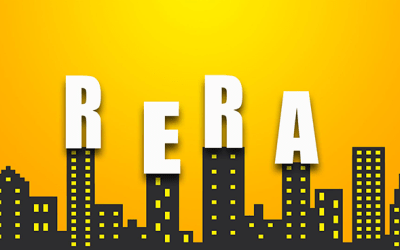 What was the need for a new Act?

The Real Estate and Housing sector was, until very recently, in a state of flux. Essentially, in view of the lack of a specialised legislation taking care of the practices of the real estate sector in India, this industry was unregulated, till the introduction of Real Estate (Regulation & Development) Act, 2016. Coupled with this, private players tried to take advantage of this situation which only created more encumbrances for the hapless consumers. Resultantly, consumers were faced with unfair, discriminatory and lopsided contracts whereby they had little option but to sign on the dotted lines. Additionally, they were at the complete mercy of the private players who had an unreasonable amount of control in the relationship, whereby there was a conspicuous absence of competition in the market, giving the benefit of negotiation to the builders. Besides, there was often incomplete and inadequate information compounded by an ineffective mechanism to hold the private players accountable for engaging in such unreasonable and unfair practices

The New Act-: A reason to hope

The Act has been lauded because it is a much needed step towards regulating this industry. Perhaps, the biggest reason behind passing of this Act is to create an effective redressal mechanism to promote greater transparency and accountability in the real estate and housing sector. Some of the most important provisions laid down in the Act, which can truly prove to be a game changer are as follows:

Thus, the Act aims to help the buyers feel protected by law adequately not just from sellers/builder but also brokers, whom it includes in its purview.

Not So Perfect After All?

The drafters believe that the Act is beneficial for all stakeholders and not merely the buyer as it will promote the completion of projects in a timely fashion and boost investors’ confidence in the project developers. However, it is also pertinent to mention that the Act is not without imperfections. The new Act, while laudable, has its share of loopholes that will need to be addressed eventually. Perhaps, the most concerning lacuna is that the Act only covers new projects and the projects where completion certificate is not issued on the date when the Act is notified but fails to include existing projects. The Act also doesn’t make any provision for selling flats/ apartments on carpet area basis, creating scope for manipulation. Lastly, since the Act does not make it mandatory to register projects which are smaller than 500 square meters or has less than 8 apartments a large number of small housing projects which also have great share in the market will remain excluded from the ambit of the Act in its present form.

Nevertheless, the creation of this Act is by itself an extremely encouraging step. The initiation of the Act with the sole objective of protecting the interests of the buyers and promoting transparency in the real estate and housing sector, which was previously plagued with manipulation and discriminatory practices, is in itself a game changer. While the Act is yet to be completely notified, it has already generated a positive response from the consumers. The challenge will now be to ensure effective implementation of this ambitious legislation.

(The author would like to thank Arushi Gupta, Associate of the firm for the valuable assistance in researching for this article.)