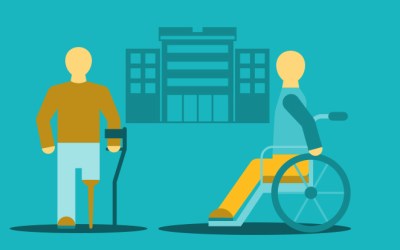 The Government of India has notified the Rights of Person with Disabilities Act, 2016 (“New Act”) to give effect to the United Nations Convention on the Rights of Persons with Disabilities and for matters connected therewith or incidental thereto. Previously the subject of disability was dealt under the Persons With Disabilities (Equal Opportunities, Protection of Rights and Full Participation) Act, 1995 (“Old Act”). The number of disabilities recognised under the law has been increased to 17 from 7 recognized under the Old Act, and have been elaborately defined. The law recognizes for the first time blood disorders, intellectual disability, disability caused due to neurological conditions, acid attack etc. as disabilities. The law has become more gender sensitive as separate provisions have been made for women suffering from disability; such as responsibility has been conferred upon the government to ensure that women and children enjoy equal rights, to formulate schemes to support women with disability for livelihood and for upbringing their children, to take accurate measures to promote sexual and reproductive healthcare especially for women with disability. Further for persons with benchmark disabilities a reservation of not less than 5% is to be made in allotment of agriculture and housing land, in poverty alleviation schemes and in allotment of land at concessional rate and in doing so priority has to be given to women. Private establishments have also been covered within the ambit of the new Act. The Act requires the appropriate Government and the local authorities to take necessary steps to ensure barrier-free access in all parts of the Government as well as private hospitals and other healthcare institutions and centres, to the persons with disabilities. Governments as well as private service providers are required to provide services in accordance with the rules on accessibility formulated by the Central Government. No building plan is to be approved unless it complies with the rules of accessibility. Government is required to provide incentives to employers only in private sector to ensure that at least five per cent of their work force is composed of persons with benchmark disability. Also the reservation in government jobs has been increased to 4 % and in educational institution has been increased to 5%. Special powers have been conferred on the Executive Magistrate and Police Officer to deal with complaints of abuse, violence or exploitation against the person with disabilities. The Act also requires the State Governments in concurrence with the Chief Justice of High Court to notify District Court/Court of Session to be special courts for speedy trial of offences under the Act. The Act provides for setting up of National Fund for persons with disabilities. The Act focuses on multiple aspects such as education, skill development, employment, recreation, rehabilitation, health and social security of person with disability.

(The author would like to thank Ritika Modee, Associate of the firm for the valuable assistance in researching for this article.)