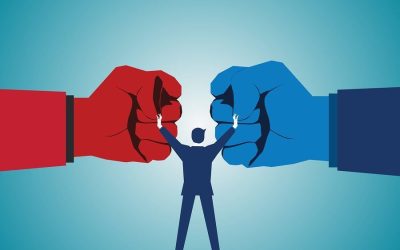 The Arbitration and Conciliation (Amendment) Act, 2015 grants the liberty to the parties to appoint an arbitrator mutually.

The Act provides that the parties are free to determine the number of arbitrators, provided that such number shall not be an even number. However, if the parties fail to do so, the arbitral tribunal shall consist of a sole arbitrator.1

Before the appointment of arbitrator is made, the concerned Court or the person or institution designated by such Court is required to seek a disclosure in writing from the prospective arbitrator in terms of Section 12(1) of the Act and also give due regard to any qualifications required for the arbitrator by the agreement of the parties and the contents of the disclosure and other considerations as are likely to secure the appointment of an independent and impartial arbitrator.

It may be noted that under Section 12(1) of the Act, an obligation has been cast upon the prospective arbitrator to make an express disclosure on (a) circumstances which are likely to give rise to justifiable doubts regarding his independence or impartiality; or (b) grounds which may affect his ability to complete the arbitration within 12 (twelve) months.

The purpose of this provision is to secure the appointment of an unbiased and impartial arbitrator.

Fifth Schedule to the Act (Annexure-A) contains a list of grounds giving rise to justifiable doubts as to the independence or impartiality of an arbitrator. The Seventh Schedule (Annexure-B) lays the grounds which make a person ineligible to be appointed as an arbitrator.

The Act provides that in an International Commercial Arbitration, an arbitrator of a nationality other than the nationalities of the parties may be appointed where the parties belong to different nationalities.

Expeditious disposal of application for appointment of an arbitrator(s) is emphasized by the Act and an endeavour shall be made to dispose of the matter within a period of sixty days from the date of service of notice on the opposite party.