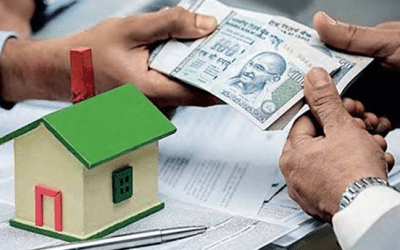 The recent judgement delivered by the Delhi High Court on 03rd of June 2016 on the subject is trending in the Social Media. Major English and Hindi Dailies have even made this as a front page news declaring prominently that the home buyers of under construction housing project are exempted from paying Service Tax. In fact many buyers taking shelter of the said judgment and news report have even approached the builders seeking refund of the Service tax that had been paid by them in the past, completely ignoring the fact that Service Tax gets deposited with the Government and builders do not retain them.

It is not in doubt that the controversy involved in the Petition decided by the Delhi High Court was related to the question whether the consideration paid by a flat buyers to a builder/promoter/developer for acquiring a flat in a complex, which is under construction can be subjected to levy of Service Tax. The petitioner had claimed that the Parliament does not have the legislative competence to levy Service Tax on such transaction.

xxxxxxx-(zzzh) to any person, by any other person, in relation to construction of complex

complex, the benefit of which is available to a prospective buyer.

xxxx xxxx xxxx xxxx xxxx (zzzzu) to a buyer, by a builder of a residential complex, or a commercial complex, or any other person authorised by such builder, for providing preferential location or development of such complex but does not include services covered under sub- clauses (zzg), (zzq), (zzzh) and in relation to parking place.

Explanation.–For the purposes of this sub-clause, ?preferential location? means any location having extra advantage which attracts extra payment over and above the basic sale price

The High Court in the said judgement has observed that the contract between a buyer and a builder in development and sale of a complex is a composite one. The arrangement between the buyer and the developer is not for procurement of services simplicitor. Such agreement is essentially one of purchase and sale of developed property but by a legislative fiction such arrangement which have been entered into prior to completion of the project and/or construction of unit are imputed with a character of a service contract. The Court has went ahead and observed that the legislative competence of the parliament to tax the services involved under such arrangement between buyer and builder cannot be disputed. The only reservation expressed by the court is with respect to the mechanism to ascertain the value of the services component which is subject of the levy. Clearly service tax cannot be levied on the value of undivided share of land acquired by a buyer of a dwelling unit or on the value of goods which are incorporated in the project.

While examining the various provisions of Service Tax (determination of Value) Rules 2006 the Court held that the rules do not cater to determination of value of services in case of a composite contract which also involves sale of land. The gross consideration charged by a builder/promoter of a project from a buyer would not only include element of goods and services but also the value of undivided share of land which would be acquired by the buyer.

From the above discussions it is evident that the Court in the much talked about judgement does not declare the charging section unconstitutional, it rather recognizes the fact that the Parliament has the legislative competence to levy service tax in such cases. The only basis on which the court has declared the levy to be invalid is the lack of machinery for excluding the non-service component from the taxable services covered.

In such situation, the judgement cannot be interpreted to give complete respite to the buyers from service tax as the Government can very well come out with amendments to the Rules and provide for a specific machinery for excluding the non-service component from the taxable services covered. Needless to mention that the Government can also chose to challenge the judgement before the supreme court seeking reversal of the finding of the High Court. Further, the challenge against the clause (zzzzu) relating to service tax on Preferential Location Charges have also been disallowed by the Court.

(The author would like to thank Gunjan Chabbra , Senior Associate of the firm for the valuable assistance in researching for this article.)

Relief for Auto industry due to COVID 19