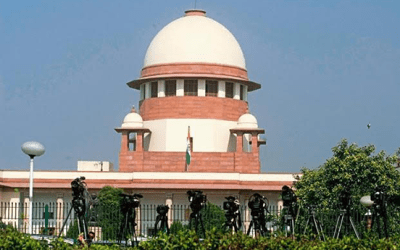 In a recent judgment, the Apex Court examined whether a Clause appearing in MOU was arbitration agreement. The relevant Clause of MOU, Clause 12, read as under:

“Clause 12: It is further agreed that any decision to be taken by said Mediators/Arbitrators during the period of entire transaction in the event of any breaches committed by either of the parties shall be final and binding on all the parties hereinabove.”

After hearing the arguments of the counsels for the parties, the Apex Court held that the expression ‘mediator/arbitrator’ in the clause in question was used in a loose language. The Court held that expression ‘decision’ used in Clause 12 was infact a ‘pro tem’ decision – namely, that the two escrow agents are to make decisions only during the period of the traction and not thereafter.

The Apex Court held that while deciding the issue the agreement has to be read in entirety as opposed to reading of a singular clause in isolation. The Court held that Clause 12 was not an arbitration agreement. Reading the provisions of Clause 8 & 11  together with Clause 12, the Court concluded that ‘mediators/arbitrators’ in Clause refers to Escrow Agents only.