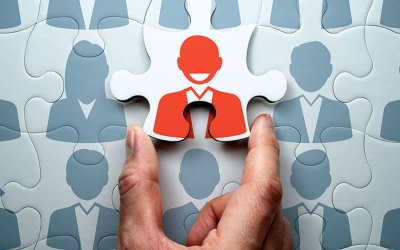 “No one can be a judge in his own cause” (Nemo Judex in causa sua) is one of the fundamental principle of laws of natural justice, compliance with which is the fulcrum of any judicial process. In a recent judgment passed by the Hon’ble Supreme Court of India in the matter of Perkins Eastman Architects DPC & Anr. versus HSCC (India) Ltd. (decided on 26.11.2019), the Hon’ble Court appears to have applied one of the facades of the said principle, though not stated so specifically in the judgement, in an area which has largely remained outside the purview of the aforesaid principle.

Issue before the Court
The issue before the Hon’ble Supreme Court was as to whether an arbitration clause  authorising one of the parties to the contract to appoint the “Sole Arbitrator” for adjudication of disputes, would be valid in law or not. Another issue, inter alia,  before the court was as to what would be the consequence of a situation where the party so authorised to appoint the Sole Arbitrator under the contract, has failed to do so within a period of 30 days (or within the time period, if so, provided in the agreement) from the date of receipt of notice.

Facts of the case
In this case, in terms of clause 24 of the contract dated 22.5.2017, CMD of HSCC (India) Ltd. was authorised to appoint arbitrator within 30 days from receipt of notice from Perkins Eastman (“PEA”). PEA issued a notice dated 28.06.2019 to HSCC (India) Ltd. (“HSCC”) seeking appointment of a sole arbitrator. Chief General Manager of HSCC addressed a letter to PEA on 30.07.2019 purportedly appointing an arbitrator. As the appointment was beyond 30 days PEA moved to SC for appointment of arbitrator, this being international commercial arbitration, attacking the arbitration clause giving complete discretion to the CMD of HSCC to appoint the sole arbitrator. It was PEA’s stand that since the CMD of HSCC would be interested in outcome/decision of the dispute, the pre-requisite of impartiality would be missing if the HSCC were to appoint the arbitrator.

Decision of the Court
The Hon’ble Supreme Court held that the person who has interest in the outcome of the decision of the dispute must not have the power to appoint a Sole Arbitrator. This decision of the court is primarily an extension of the principle laid down in an earlier decision in the case of TRF Limited vs. Energo Projects Ltd. (2017) 8 SCC 377. The court noted that in the case of TRF Ltd., its reasoning was that when the person who was to act as an Arbitrator in terms of the Arbitration clause (MD of one of the parties) became statutorily incompetent to act as an Arbitrator (by virtue of Section 12(5) of the Arbitration and Conciliation Act, 1996 (“Act”), as amended on 23.10.2015) such a person was also disqualified to nominate another Arbitrator even if so provided in the arbitration clause. On the same analogy, the court held, that an arbitration clause empowering one of the parties to the arbitration agreement to appoint the Sole Arbitrator would be no different from the arbitration clause as provided in the case of TRF Ltd. The court referred to number of judgments and law commission report dealing with the aspects of ‘Neutrality of Arbitrators’, ‘party autonomy’ and ‘independence and impartiality of the Arbitrator’ in the matter of constitution of arbitral tribunal where it was held that party autonomy cannot override the requirement of independence and impartiality of the Arbitrator, which is a hallmark of any arbitration proceedings.

The court held that if the interest that a party has in the outcome of the dispute is taken to be the basis for the possibility of bias, it will always be present irrespective of whether the arbitration clause permits the officer of one of the parties to act as an Arbitrator himself or appoint an Arbitrator for resolution of disputes (like in the case of TRF Ltd.) or whether the arbitration clause simply empowers one of the parties to appoint a Sole Arbitrator through its officer (like clause 24 in this case). The court, however, clarified that a case where both the parties have the right to nominate their respective Arbitrators, such a clause would be on a different footing for the reason. Reason being that whatever advantage one of the parties may derive by nominating an arbitrator of its choice would get counter balanced by equal power with the other party. In the factual matrix of this case, the court held that the Application filed by PEA was maintainable.

The next question that has been answered by the court is whether court can exercise powers under Section 11 (6) of the Act when appointment of the Arbitrator has already been made by HSCC or whether PEA should be left to challenge such appointment at an appropriate stage in terms of the remedy available in law. While answering the said issue, the Hon’ble Supreme Court noted the opinion expressed by the Designated Judge in case of Walter Bau AG case ((2015) 3 SCC 800) to the following effect:-

Conclusion:
This judgment will go a long way in curbing misuse of power by dominating parties in the contracts who usurp the right to appoint a sole arbitrator, leaving the opponent with no choice. All the arbitration clauses providing for appointment of sole arbitrator by one of the parties, would not be valid any more. The only option of the parties in such cases would be to appoint the sole arbitrator by mutual consent failing which, as per amended Act (post 2019 amendment), such appointment shall be made by Arbitral Institutions designated by Supreme Court or the High Court, as the case may be. Such institutions are mandated to have their own panel of accredited arbitrators who possess qualifications mentioned in Schedule 8 to the Act. Therefore, appointment of sole arbitrator by Arbitral Institution will entail objectivity and promote fairness in the matter of constitution of arbitral tribunal.