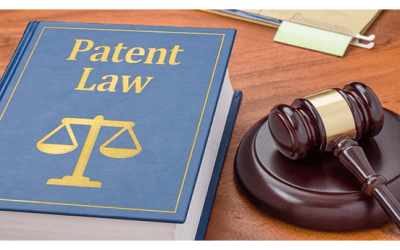 Recent wars between the smartphone giants over the patent issues have brought into focus the importance of Standard Essential Patents (SEPs). SEPs are patents essential to implement a specific industry standard. This implies that to manufacture standard compliant mobile phones, tablets and other electronic devices, such manufacturers will have to use technologies that are covered by one or more SEPs. Standards are technical requirements or specifications that seek to provide a common design for a product or process. Patents which are essential to a standard and have been adopted by a Standard Setting Organization (SSO) are known as SEPs.

The concept of SEPs evolved in India when Ericson in 2011 objected to the importation of handsets by Kingtech Electronics (India), claiming that the  handsets infringed several of their SEPs in AMR Codec (Adaptive Multi-Rate) technology. This was the starting point for SEP litigation in India. The Indian Patents Act, 1970 (the “Act”) does not contain any special provision for SEPs.  Further, the Act does not lay down any specific criteria or terms and conditions to be complied with while licensing a patented technology.

The prospect of licensing of SEPs plays a vital role in a company’s incentive to invest in standardization activities, besides other motivations such as directing the standard development towards technological solutions where the respective company is strong and can offer specific services or infrastructure. However, the exclusive rights conferred by patents on inventors may defeat the object of making standards available to all for public use. In order to address this problem, most SSO’s have defined IPR policies where SSO members must commit to licensing their SEPs on terms and conditions that are “Fair, Reasonable and Non-Discriminatory” (FRAND). These commitments are meant to protect technology implementers while ensuring that Patent holders receive an appropriate reward for their investment in research and development.

SSOs can be governmental, quasi-governmental or private. These are responsible for setting, developing, coordinating, interpreting and maintaining standards. The Bureau of Indian Standards is India’s national SSO. In the Information and Communications Technologies sector the Telecom Engineering Centre is the only formally recognized telecom standards/ specification/type approval body in India. Global ICT Standardization Forum for India, Telecommunications Standards Development Society, India (TSDSI), and Development Organization of Standards for Telecommunications in India are private SSOs in the Indian ICT sector.

The Institute of Electrical and Electronic Engineers and International Telecommunication Union are prominent SSOs in the cellular and Wi-Fi space. The TSDSI is the first SSO which was established in India in 2013 with an aim to develop and promote India specific requirements in the field of telecommunications.

The SSO-SEP framework confers considerable power on the SEP holder. An entity that wishes to use a technological standard must obtain permission from an SEP holder, which the latter may choose to withhold by refusing to license its Patent. The FRAND declaration attempts to balance inequalities with the idea that an entity should have the right to obtain a license to desired technology on FRAND terms. However, working out a FRAND-encumbered agreement and determining what constitutes a FRAND practice is controversial. Also, in practice, it is almost impossible to determine what a FRAND royalty actually amounts to.

The important conditions with respect to adoption of SEPs are that,

These policies have to be adhered to ensure the widespread adoption of standards, the very purpose for which a SSO is made. Therefore, licensing SEP on FRAND terms is a voluntary contract between the SSO and the SEP holder. However, the meaning of FRAND has not been defined by SSOs; it depends upon the nature of the transactions between the SEP holder (“licensor”) and the SEP implementer (“licensee”).

Once a patent is adopted as a standard and achieves commercial acceptance, it becomes ‘locked-in’. It is necessary for a manufacturer to use the same; otherwise his product would be incompatible with other companies’ products and hence unmarketable. Such a situation strengthens the SEP holder’s bargaining power because the licensee does not have alternatives to the same technology. Patent holdup occurs when a SEP holder takes advantage of a locked-in patent by trying to impose unreasonable royalty rates. Unless constrained by a SSO to comply with FRAND licences, the SEP holder can exploit the locked in position to obtain significantly higher royalties than it would have obtained before the patent was incorporated as a standard. However, even after committing to FRAND such a situation arises due to the vague nature of FRAND.

In the cases of Micromax and Intex the CCI[1] noted, “hold-up can subvert the competitive process of choosing among technologies and undermine the integrity of standard-setting activities. Ultimately, the high costs of such patents get transferred to the final consumers.”

Further, in such cases the licensor binds the licensee by a non-disclosure/confidentiality agreement with respect to the terms of the license which restrains the other licensees from acquiring knowledge of the royalty rates imposed on such previous licenses. This acts as an impediment in the conduct of licensing negotiations between the parties and thus leads to major competition concern in FRAND litigations.

The reasonableness of a royalty amount depends on the correct selection of the royalty base. The SEP holders tend to impose the royalty rate on the net sale price of the final product rather than only on the component which comprises the infringed patent. This means even if SEP is used in a single component of a multi component product, the implementer would be liable to pay the royalty on the components which do not include the SEP. In such cases, the whole idea of FRAND diminishes as calculating a royalty on the entire product carries a considerable risk that the patentee will be improperly compensated for non-infringing components of that product.

In Virnetx Inc. v. Cisco Systems[2], the US Court of Appeals for the Federal Circuit held that the royalty base must be closely tied to the claimed invention rather than the entire value of the product.

Royalty stacking is the situation where royalties are layered upon each other leading to a higher aggregate royalty. This happens when different SEP holders impose similar royalties on different components of same multi component product, leading the royalties to exceed the total product price.

This concern was raised by the CCI in the cases of Micromax and Intex[3] wherein the Delhi High Court had ordered Micromax to pay royalty to Ericsson on the basis of net sale price of the phone rather than the value of technology used in the chipset incorporated in the phone which was said to be infringed. CCI noted that “For the use of GSM chip in a phone costing Rs. 100, royalty would be Rs. 1.25 but if this GSM chip is used in a phone of Rs. 1000, royalty would be Rs. 12.5. Thus increase in the royalty for patent holder is without any contribution to the product of the licensee. Higher cost of a smartphone is due to various other softwares/technical facilities and applications provided by the manufacturer/licensee for which he had to pay royalties/charges to other patent holders/patent developers. Charging of two different license fees per unit phone for use of the same technology prima facie is discriminatory and also reflects excessive pricing vis-a-vis high cost phones.”

Threat of injunction becomes a powerful weapon when used by a SEP holder for enforcing its royalty rates, as in such a case an SEP implementer would think that accepting an unreasonable royalty would be less risky than curbing an action of infringement. The use of injunctive relief against willing licensees is prima facie breach of FRAND commitment as the FRAND royalty rates by itself are an adequate remuneration to the SEP. Such an action is also considered to be abusive of dominant position and hence a violation of competition laws. Therefore, an injunction should only be claimed when the licensee is unwilling to pay the judicially determined FRAND royalty or where monetary compensation is not an adequate remedy.

The underlining principle behind granting of injunction is that a party must suffer an irreparable damage if the same is not granted. The law on injunction in India is based on the principles of equity. In the said case, the remedy available to the SEP holder is in the form of royalty. The only thing which is to be determined is whether the quantum of the same is adequate. Further, a SEP holder indulging in setting up a SSO,  inevitably accents to license the technology on FRAND terms.  In such a case,  even if the royalty is low, injunction should not be granted unless there is irreparable injury caused to the SEP holder.

The law with respect to SEP is unclear and judgements with respect to the same have differed from territory to territory. It has to be realised that SEPs are not used by the licensees due to a lack of choice of alternatives, but the same is done in order to maintain operability and compatibility between the symbiotic technologies. It has to be realised that a country such as India cannot afford to lose its global image on the basis of lack of development of IPR jurisprudence. While companies must be mandated to pass their technology on the basis of FRAND commitments, it is also pertinent to note that rights of the patent holder are also to be safeguarded. Therefore, in the disputes related to SEP it would be prudent if adequate trial is given to both the parties and rates are determined by the Court without prejudice to any party and keeping in mind the interests of the end consumers at large.