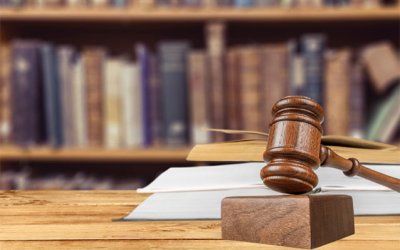 With the increase in significance and promotion of foreign investment in India and the setting up of various agencies for this very purpose, multifarious moves towards deregulation and liberalization of the Indian economy have come to the fore. The government is taking various routes to facilitate and broaden Foreign Direct Investment inflows into India.

As far as foreign investors are concerned, India is definitely emerging as an attractive destination. However, a growing concern among the host country recipients is the recourse they might have against these investors.

The concern becomes graver, when the investors are foreign-state controlled investors and a thick veil of sovereign immunity protects them.

India, like all other countries in the world recognizes the maxim, “par in parem non habet imperium”, which translates to, “one sovereign state is not subject to jurisdiction of another state”.

India has signed the United Nations Convention on Jurisdictional Immunities of States and their Property on 12th January 2007. However, India has neither ratified nor accepted, approved or acceded to the said treaty. Hence, unlike other countries, such as UK and US, India has no separate legislation in this respect.

Government by a Certificate in writing by the Secretary of the State.

Another exception carved out is that a tenant of an immovable property may sue the foreign state from which he holds the property.

The section further goes on to discuss the conditions under which the Central Government may give permission, which are as follows:-

The section further expands the scope of application of the immunity to ruler of a foreign state, an ambassador or envoy, High Commissioner of a Commonwealth Country, any such other member of staff of the previous category, as the Central Government may specify.

The section further bars the arrest of the aforementioned category of persons.

Further, following the principles of natural justice, the provision provides for giving a reasonable opportunity of being heard, in case a request is rejected under this Section.

To clarify the meaning of foreign state in the aforesaid section, Section 87A provides that a

“foreign state” means any state outside India recognized by the Central Government.

The court first and foremost discussed whether India recognizes the State or not and having answered the question in affirmative, moved forward to discuss the law.

As regards the nature of order to be passed by the Central Government in response to an Application under Section 86, it has been held that if a refusal is accorded, then the refusal should state cogently the reasons for such refusal. Merely citing vague reasons such as “unable to give permission on political grounds” will not suffice.[2] The Apex Court has further recognized that although an Order under Section 86 is in the nature of an administrative order, the order is required to follow the principles of natural justice because they decide the rights of the parties.[3] Such reasons are required to be clear and explicit.

In another case, where a government instrumentality of a foreign state was sued for recourse, without seeking permission under Section 86, the issue of the stage at which such objection should be decided was dealt by the Court. It was held that “the question whether a suit should be entertained, cannot be deferred till the stage of the final disposal of the suit …. the object of Section 86 is to save foreign states from being harassed … if the foreign state is required to file a Written Statement and to contest the said suit … the very object and purpose of Section 86 shall be frustrated.” The bar of Section 86 can be taken at the earliest opportunity and court concerned is expected to examine the same.[4]

Waiver of Privilege: When not to seek consent

In various cases, the Indian courts have recognized waiver of privilege by foreign state owned entities. This waiver may be express or implied.

The question of the applicability of Section 86 to the Ethiopian Airlines lay before the Hon’ble Supreme Court of India in case of Ethiopian Airlines vs. Ganesh Narain Saboo[5]. The proceedings had been filed under Consumer Protection Act, 1986 and the contentious issue was whether permission under Section 86 was required.

From the above reading, the Apex Court had made it clear that the implication of the Convention and the Act were twofold:-

The Central government had already given consent under Section 86 by having enacted the Carriage by Air Act, 1972.
The Foreign State of Ethiopia had impliedly waived privilege by signing the Warsaw Convention, 1929.
The effect was that these acts being special provisions, no permission was required under Section 86 to sue the Ethiopian Airlines.

Similarly, the Bombay High Court[6] recognized a delay of 16 years in raising the plea of immunity under Section 86, as an implied waiver of the privilege.

To conclude, it may be said that with the increase in foreign investment, the interaction between foreign state immunity and the rights of citizens to enforce their remedies against the foreign state sponsored investors would gain much more importance, in which scenario, the jurisprudence on the subject is expected to develop and gain momentum.

(The author would like to thank Gunjan Chabbra , Senior Associate of the firm for the valuable assistance in researching for this article.)

Process of Service of Summons in India under the Hague Convention