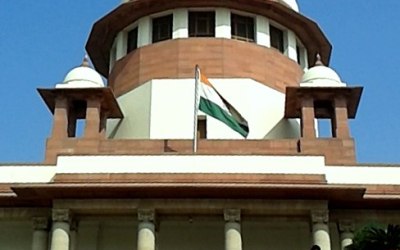 The controversy pertaining to the amended provisions of Section 36 of the Arbitration and Conciliation (Amendment) Act, 2015 (“The Amendment Act”) has finally seen the dawn of the day, settling the existing ambiguity with regard to Section 36 and the mishmashes arising out of the judgment of Delhi High Court (“HC”) titled, “Ardee Infrastructure Pvt. Ltd. v. Ms. Anuradha Bhatia and Ardee Infrastructure Pvt. Ltd. v. Yashpal & Sons”[1] which was discussed in detail in our previous write-up article[2] on the same subject.

Recently the Supreme Court (“SC”) in the judgment titled, “Board of Control for Cricket in India v. Kochi Cricket Pvt. Ltd”[3] has at last settled the on-going divergence of various High Courts by deciding the Moot Question in hand: ‘Whether Section 36, as substituted by the Amendment Act, 2015 would apply in its amended form or original form to pending appeals instituted under Section 34 before the date of amendment, i.e. 23.10.2015?’

INTRODUCTION
The bone of contention arising out of the foregoing Moot Question stands finally settled by the Supreme Court vide the present verdict, wherein the SC has observed that all petitions filed under Section 34 of the Arbitration and Conciliation Act, 1996 (“The Act”) prior to the amendment i.e. 23.10.2015, would now be covered under the amended provisions of the Act and consequently, the contesting party would thereby not be entitled to automatic stay of enforcement of the award till the disposal of the said petitions.

FACTUAL BACKGROUND:
The case comprises of the following 8 appeals in totality, out of which four (4) appeals pertain to Section 34 applications which were filed before the cut-off date of 23.10.2015, and the remaining four (4) appeals pertain to those Section 34 applications which were filed after the said cut-off date.

ARGUMENTS BY THE APPELLANTS:

ARGUMENTS BY THE RESPONDENTS:

THE JUDGMENT
The SC categorises the judgment to deal with four major facets which provide detailed insights into the withstanding dispute. These facets are discussed as follows;

ANALYSIS:
Although the judgment does create a rippling effect on all pending Section 34 applications filed prior to the commencement of the Amendment Act who have been savouring the leverage of an automatic stay, yet the intent of such a decision speaks volumes of Court’s intention to increase compliance of parties of an arbitral award, even in respect of arbitrations initiated prior to the cut-off date. The ball now lies in Government’s court which may or may not accept the recommendation of the Court and still proceed ahead to enact Section 87 as proposed under the Arbitration Amendment Bill, 2018. The Court held that a copy of the judgment is to be sent to the Ministry of Law and Justice and the Learned Attorney General for India but the Court did not itself express any speculation on the amendments made to Section 34 as the same were not diametrically before the Bench. However, The Court observed that, “it is enough to state that Section 26 of the Amendment Act makes it clear that the Amendment Act, as a whole, is prospective in nature”.

[4] Section 26 – Nothing contained in this Act shall apply to the arbitral proceedings commenced, in accordance with the provisions of Section 21 of the principal Act, before the commencement of this Act unless the parties otherwise agree but this Act shall apply in relation to arbitral proceedings commenced on or after the date of commencement of this Act.