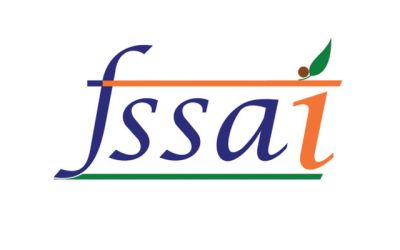 The Supreme Court has dismissed the special leave petition filed by Food Safety Standard Authority of India (FSSAI) against the order dated June 30, 2014 passed by the Hon’ble High Court of Bombay in the writ petition filed by the Vital Nutraceuticals for striking down the advisories which was issued from time to time by the FSSAI on the product approval and mainly the last advisory of May 11, 2013 which superseded all the earlier advisories.

It would be relevant to mention here that under the earlier regime, product approval was only required if there was new ingredient or additive in the product to be launched in the Indian Market. However, the May 11, 2013 advisory of FSSAI on product approval broadened this to cover all products even if there are approved ingredients or additives which are within the permissible limits. Aggrieved of the long drawn process of product approval Vital Nutraceuticals challenged the legality, validity and proprietary of such advisories issued by the FSSAI on product approval in 2013 and mainly the last advisory of May 11, 2013 which superseded all the earlier advisories. These advisories were challenged on the ground that they are without any statutory force and contrary to the provisions of the Food Safety and Standards Act, 2006 (“the FSS Act”). The validity of the said advisory was also challenged on the ground that it has an effect of amending the regulations framed under Section 92 and 93 of the FSS Act. Section 92 of the FSS Act confers power on the FSSAI to make Regulations and Section 93 provides that every Rule and Regulation shall be laid before each house of Parliament. The issue which was considered by the Bombay High Court in the said matter was whether the FSSAI has power and authority to issue this advisory without following the procedure as contemplated under Sections 92 and 93 of the FSS Act.

The Bombay High Court in the Vital Nutraceuticals case held that the product approval process which was issued through May 11, 2013 advisory has no force of law because the procedure laid in Section 92 and 93 of the FSS Act was not followed and that such advisories should have been issued only after appropriately placing them before the Parliament and seeking approval for the same.

Relying on Section 22 of the FSS Act the FSSAI appealed to the Supreme Court against the Bombay High Court order against its May 11, 2013, advisory. Section 22 of the FSS Act states that no person shall manufacture, sale, distribute or import novel food, GM food, irradiated food, organic food, dietary food, nutraceuticals, proprietary food, health supplements and such other articles of food which the Central government may notify in this behalf. The FSSAI argued that if the product approval process is invalidated then in the light of Section 22 of the FSS Act the Food manufacturers manufacturing the food articles mentioned in the said section would be in trouble. As Section 22 imposes a restriction on launch of new products falling under the category of articles mentioned in Section 22 and also that amendment in the regulations to incorporate a process like product approval may take time. Therefore, to avoid the delay in the launch of such food products and loss to Food manufacturers in the interregnum the product approval process is necessary. The Supreme Court agreeing with the views taken by the High Court rejected this argument of the FSSAI and dismissed the appeal in this regard.

Now that the Supreme Court has struck down product approval advisory the FSSAI on a wall footing will have to frame some regulation to bring in relief to food manufacturers. As invalidation of product approval negates the purpose of Section 22 which disallows the manufacturing of food articles covered under said Section. the in the present situation the question before the Food Business Operators is whether they can now launch a new product without product approval and whether they can sell those products for which the product approval is pending. For the time being, the Supreme Court judgement may help to continue their business without any fear. The Food Business Operators may sell their products which they have been selling provided no adverse effect has been reported against it.

In the meantime the FSSAI has issued draft regulations to incorporate the process of product approval or something similar in the FSS Act.