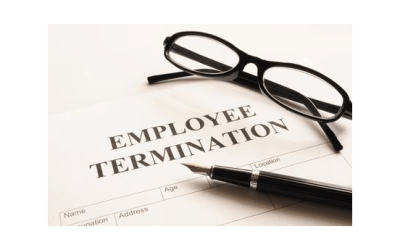 Recently, the Indian courts have adopted a trend to accepting terminations simpliciter if they are as per the terms contained in the contract and the termination is non-stigmatic. There is a greater acceptance of terminations in case it is for non-performance and non-stigmatic with proper evidence and documentation. The article focuses on this aspect while analyzing the importance of careful drafting of the employment contracts so as to mitigate the acrimony associated with the process of termination among the management and the employees. From the employee’s perspective, multinational corporations in India are proactively adopting the best practices to provide more generous settlements through their employment policies which seek to better the benefits provided for in the welfare legislations.

Employment contracts when hastily drafted may prove in time to be sources of contention and utter frustration for management, particularly when the need to invoke the termination clause arises despite best intentions to somehow postpone the inevitable. The attendant corollary of this approach is the equally neglected area of communication to employees of their unsatisfactory behaviour or below par performance. Perhaps, somewhere the unpleasantness of termination lies at the root of management not insisting on clearly drafted termination clauses. The end result is often frustration and protracted or aborted efforts to end a marriage gone sour.

Typically, termination clauses as they appear in various employment contracts are worded as, “the employment is liable for termination at any time by either party giving a one month’s written notice to the other or payment of one month’s salary in lieu of notice”. Some employment contracts, however, lay down detailed reasons for invoking the termination clause in a contract. One of the significant reasons that can be included in such clauses would be failure on part of the employee/workman to perform his/her duties to the standards required by the employer. Such a clause will prove useful to the employer in the event of termination of an employee on grounds of inefficiency. The employer, however, cannot rule out the possibility of a probable litigation by the employee to oppose such termination.

Clearly, at the time of drafting, not much care is bestowed on the specific circumstances which may trigger termination of service. Apart from the reason of keeping the document simple, employers prefer to have a generic clause as they can, when the need arises simply terminate an employee for any reason. This vagueness in the contract or the failure to define the events of default results in a boiler plate which ironically handicaps employers in acting decisively when employers find employees failing to perform their duties, or fail to respond to incentives to improve their productivity. In India, termination of employment for non-performance or poor performance of work is often resorted to against management or supervisory level employees who may not fall in the category of “workman” under the Industrial Disputes Act, 1947. Even “workmen” are terminated for reasons of inefficiency or persistent failure to perform their duties. The issue for employers in such cases is what procedure to follow for carrying out the termination for “workman” employees who are not accused of indiscipline or misconduct. The answer really depends on the distinction between misconduct, or inefficiency in individual cases, i.e. discontinuation of service for unsatisfactory work or for misconduct, and how the termination of service is carried out, particularly the wording and content of the termination order. At a legal level it is necessary to understand these distinctions and the procedural requirements which are mandated in the law.

The contract of employment, as already discussed above, is one factor which has a bearing on the issue of termination. The other factors relate to the legislation which may be attracted in a given case. The two laws which invariably apply to termination are the Industrial Disputes Act, 1947 (IDA) and/or the Shops and Establishment Act of the concerned State in which the employee is located. Of course, if the employee is a “workman” in terms of the IDA then the provisions of this law will apply and along with it the Industrial Employment (Standing Order) Act, 1946 (Standing Orders Act) may also apply. It is best to understand the law by considering some specific instances of termination of service:-

TERMINATION FOR MISCONDUCT
Generally, termination on grounds of misconduct or indiscipline is effected in the case of an employee who is a “workman”. Cases of this type are treated under IDA Act and Industrial Standing Orders Act and such termination is regarded in law as dismissal and such termination is regarded as a punishment. The difficulty in this category of cases is the legal requirement for holding a domestic inquiry under the Standing Orders Act. The Standing Orders are framed by a company under this Act or if such a Standing Order is not framed by it, the company may follow the Model Standing Order annexed to this Act. It is now well established that such Standing Orders have the force of law and constitute statutory terms of employment. What constitutes misconduct or indiscipline is set out in these Standing Orders and a company may define the acts which may amount to indiscipline. In any case, the Model Standing Order contains certain standard acts which are regarded as misconduct. In a given case, the management has only to invoke the specific acts of misconduct and issue a notice to the employee and hold the obligatory inquiry to prove the misconduct before awarding punishment which may extend to dismissal and termination of service. The main challenge in such cases is the leading of evidence, cross examinations and eventually going through the whole gamut of forums for adjudication which are provided under the IDA and the Standing Orders. These are long drawn out processes and yet have to be gone through to the bitter end if management wishes to send the signal that employee indiscipline will not be tolerated.

TERMINATION FOR UNSATISFACTORY PERFORMANCE OF DUTIES
In this category, termination of employment may be for reasons, in fact for any reason whatsoever, which do not amount to indiscipline or misconduct. In the case of an employee who is a “workman”, he may be discharged from service in terms of the employment contract if his work is found unsatisfactory. In such cases, the employment contract will certainly be invoked, particularly the termination clause. Employers may prefer the route of issuing a notice as provided in the clause but have to adhere to the restrictions specified in the IDA as such termination is regarded in law as “retrenchment”. Retrenchment means termination by the employer the service of a worker for any reason but does not include dismissal inflicted as a disciplinary action, voluntary retirement, superannuation, termination as a result of non-renewal of contract of employment and termination due to continued ill health of the worker. Termination for any reason has been held by the Courts to be covered by this definition and termination on grounds of incompetence or for non-performance of duty would be a retrenchment under the IDA. Certain key aspects of the law as per decided cases need to be borne in mind when termination for non-performance or unsatisfactory work is carried out:-

Termination, on grounds of unsatisfactory performance, is best effected through a simple notice issued under the relevant termination clause. Generally, it is better to refrain from specifying detailed reasons. However, the IDA specifies the need for indicating the reasons for termination in the notice, which must then be suitably worded. The courts insist that the reasons should not cast a stigma on the employee such as to adversely affect his prospects of future employment. Indeed, courts examine this aspect in depth and employees frequently allege malafides against the employer or victimization to counter the employer’s claim that the termination was a discharge simpliciter and not a case of dismissal or punitive termination. In the event of a dispute the language of the notice becomes a relevant or contentious issue.

TERMINATION OF NON-WORKMAN EMPLOYEES
The relationship between a non-workman employee and his employer is governed almost entirely by the terms of his contract of employment. Most of the Shops and Establishment Acts exclude persons occupying positions of management from the application of the Act. Further, the IDA also excludes a person employed in supervisory capacity and drawing wages exceeding INR 1600 per month from the definition of ‘workman’. Therefore, abundant caution needs to be taken while drafting the employment contracts of such employees. Since these employees are persons employed in a supervisory or managerial capacity and are aware of the internal policies of the company, the process of their termination has to be carried out with great care. It is also important for the employer to carefully draft the provisions as to restriction on the employee to carry on similar functions for any person other than the employer, disclosure of confidential information pertaining to company’s business, non-solicitation etc.

In addition to the above, the contract of employment must also provide for a slightly longer notice period in case of termination. This is important in the sense that such employees occupy positions of management in the Company and hand-over of their responsibilities under the contract takes more time than usual.

In case of employees in managerial capacity, it may also be prudent to negotiate the reasons of termination to such employee to avoid issuing a written notice of termination. The first option should always be to arrive at an amicable settlement. Further, an option can be given to such employees to voluntarily resign from the employment which will save them from the embarrassment attached to termination by the employer.

It shall therefore be useful from employer’s perspective to not only ensure careful drafting of the employment contract with elaborate grounds of termination but also to specify well defined categories of misconduct and termination in the employment policies and Standing Orders for the workmen.