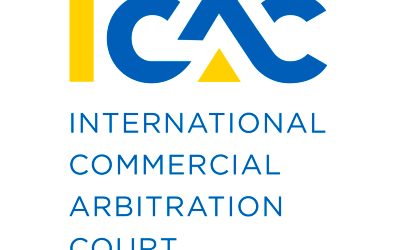 Arbitration has slowly gained ground as the most preferred mode of dispute resolution with a high focus on speedy dispute resolution, preference to party autonomy and minimal intervention of Courts. Although the law related to domestic arbitration is clear as to which courts would have jurisdiction to supervise these arbitrations, there is still some amount of ambiguity as far as International Commercial Arbitrations1 are concerned.

As far as the procedural law of Arbitration is concerned, it is often said that Parties to the agreement make their own law owing to the preference to party autonomy given in these circumstances. However, this does not mean that International Commercial Arbitrations take place in a vacuum. Even rules decided by Parties need the sanction of law if they are to be enforceable. In this context it is important to understand that the relevant law which governs the procedural and curial aspects of Arbitrations is  known as the law of the seat or place of arbitration and is called the “lex arbitri”.

Furthermore, in absence of any other stipulation in the contract, proper law is the law applicable to the arbitral tribunal itself6. Furthermore, the lex arbitri and the law governing the recognition and enforcement of the award are also one and the same in absence of an intention/stipulation to the contrary7. Thus the place of the arbitration generally specified in a contract determines the seat of arbitration unless contrary intention is apparent from the contract. In other words the seat of arbitration is dependent on several factors and is that which has the closest and most real connection with the agreement to arbitrate8.

The Applicability of Part I to a Foreign Seated Arbitration

As far as Indian law is concerned, it is now well settled, that the seat of arbitration is governed by the following factors:

In India, the Section which governs interim relief in cases containing an arbitration clause is Section 9 of the Act. Article 9 of the UNCITRAL Model Law10 on which the Act is based, deals with the power of courts to grant interim measures of protection. where a party is permitted to apply to Court for certain interim measures, before, during or after making of the award by the Tribunal. A recent amendment has taken place in the Act11, which has substantially changed this position regarding seeking of interim relief from Court.

The Amendment of 2015, in effect, nullifies the law laid down in BALCO to some extent and holds that even in an International Commercial Arbitration having a foreign seat, a party can approach Indian courts under Section 9 and get appropriate relief, provided there is no agreement to the contrary, thus reviving the law of Bhatia International to a limited extent.

Therefore as far as Interim Measures from Court are concerned, the parties are allowed to approach Indian Courts, even in Foreign Seated arbitrations. This is particularly helpful in cases where assets of Indian Parties are located in India and there is a fear of disposal. Similarly, the Appeal against an Order passed in a Petition filed under Section 9 would also lie to Indian Courts only as per the amendment14.

Application for Appointment of Arbitrators

Section 11 of the Act governs the provisions for appointment of Arbitrators in India, Article 11 being the concomitant provision of the UNCITRAL Model Law. As regards the appointment of Arbitrators, in a Foreign Seated Arbitration, Part I of the Arbitration Act has no application and there is no exception carved out in the act itself. However, in certain cases, where even though the place of Arbitration has been named to be outside India, the closest and most real connection of the agreement lies in India. For instance in the case of Enercon15.

Apart from this exception, the application for Appointment of Arbitrators, failing the agreement of parties would inevitably lie in the Country where the seat of Arbitration is located.

Application for challenging/enforcement of the Award

Parties can approach India for enforcement of an Award in two scenarios which are described as under:

In Scenario 1, despite the seat being outside India, the parties could want to come to India for enforcement owing to the fact that the assets of the Indian party might be located in India etc. For this purpose if the award is passed in a territory which is signatory to the New York Convention, and with which a reciprocal arrangement has been made by the Indian Central Government, then such an award is enforceable in accordance with Part II of the Act16. Any challenge to the award would lie under Section 48, Part II of the Act. Out of the 196 countries in the world only 48 countries have been notified by the Central Government as reciprocating countries, with the most recent addition being Mauritius17.

However, if the award is made in a territory which is either not a party to the New York Convention, or India does not have a reciprocal arrangement with  that territory, or if both conditions are not fulfilled then the following would have to be considered:

Where the seat/place of Arbitration and award is outside India but where the real and closest connection of the agreement lies in India, then in such a case, Part I of the Act would become applicable and an application for execution can be directly filed in India. Any party intending to object to the award would also have to approach Court under Part I, Section 34 of the Act and not under Part II, Section 48 of the Act.

In accordance with the discussion above, in case an interim relief is given under Section 9 or enforcement of foreign award is made as per Part I, then automatically an appeal against such Orders would lie to Indian Courts under Part I, Section 37 of the Act. Similarly, in case an order of an Indian Court in respect of a challenge to a foreign award under Part II, needs to be appealed, Section 50 of Act would become applicable and again the Appeal would lie in India.

However, in a scenario, where neither Part I of the Act is applicable, nor Indian Courts have been approached for execution/enforcement/challenge from the Foreign Award, then Indian Courts would not have any role to play in the appeal process either.

To conclude it may be said, that different courts play different roles in Foreign Seated Arbitrations. Firstly, it needs to be determined which is the seat of arbitration, after which the closest and most real connection needs to be analysed. Thereafter for different remedies, different Courts can be approached. Moreover, the 2015 amendment has given more leeway to Indian Courts as far as Interim reliefs are concerned, thus providing additional protection to foreign investors vis-s-a-vis Indian players. In view of the above, India is fast becoming an arbitration and foreign investor friendly country.

9 An example of such a scenario is the judgment of Enercon – where despite the venue being specifically provided as London, the seat was held to be India. This was because, after taking various factors into consideration including applicable law as the Indian Arbitration Act, 1996 and all three laws i.e., Law governing Contract, Law governing Arbitration Agreement, Law governing Curial Laws/ Lex Arbitri were Indian, the real and closest connection of the Agreement was held to be that with India.

14 Section 2(2) of the Act makes the appeal provision of Section 37 also applicable to International Commercial Arbitrations, even if the place of arbitration is outside India.

18 “Reciprocating territory” means any country or territory outside India which the Central Government may, by notification in the Official Gazette, declare to be a reciprocating territory for the purposes of Section 44A of the Civil Procedure Code. Countries which have been officially recognized as “reciprocating countries” by the Central Government of India include:- Aden; Bangladesh; Federation of Malaya; Fiji Colony; Hong Kong; New Zealand; Cook Islands and Western Samoa; Papua New Guinea; Republic of Singapore; Trinidad and Tobago; United Kingdom of Great Britain and Northern Ireland; and Victoria.