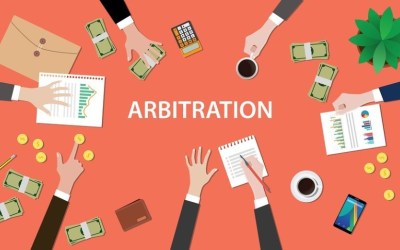 One of the significant amendments that the Ordinance has introduced is the shift from the law laid down in BALCO qua applicability of Part I of the Act to the Foreign Seated Arbitrations. In order to appreciate the impact of the Ordinance, it is necessary to know the legal position pre & post BALCO.

The question as to whether part I of the Arbitration and Conciliation Act, 1996 would apply to foreign seated arbitrations was first examined by the Hon’ble Supreme Court of India in a celebrated judgment by a three Judge bench in the year 2002 titled Bhatia International vs. Bulk Trading SA[1] (“Bhatia International”). The core issue before Hon’ble Supreme Court was the interpretation of Section 2(2) of the un-amended Act which stated that, “This Part shall apply where the place of arbitration is in India.” The Hon’ble Apex Court had compared the said provision with the UNCITRAL Model Law[2], which clearly stated in its preamble that, “the provisions of this Law… apply only if the place of arbitration is in the territory of this State.”

The Act is based on the UNCITRAL Model law and while interpreting section 2(2) of the un-amended Act the Court had held that during the enactment of the legislation, the word “only” was excluded from the provision on purpose. The court further observed that the intention of the legislature behind the exclusion was to make Part I of the Act applicable upon arbitrations held outside India unless the intention of the parties was to expressly or impliedly exclude its applicability. One of the several reasons given for reaching to such a conclusion was that incase Part I was held to be inapplicable to arbitrations held outside India, then the parties would be left remediless when seeking interim injunctions as provided for in Part I from the Court

The Hon’ble Supreme Court of India in the case of Bharat Aluminum and Co. vs. Kaiser Aluminium and Co.[3] (BALCO) had revisited the law laid down in Bhatia International and overruled the same. In the landmark judgment pronounced by the Constitution Bench of Hon’ble Supreme Court of India on September 06, 2012 it was concluded that “Part I of the Arbitration & Conciliation Act, 1996 is applicable only to the arbitrations which take place within the territory of India”. The Hon’ble Apex Court had observed as under:

Difficulties associated with the decision in BALCO

Though the law laid down in BALCO was the correct law on legal parameters, however, it also posed certain difficulties[4]. The nature of difficulties faced was as follows:-

“This Part shall apply where the place of arbitration is in India”.

The Ordinance has now inserted a proviso to Section 2 (2) of the Act which provides as under:

“PROVIDED that subject to an agreement to the contrary, the provisions of section 9 (Interim measures etc. by court), section 27 (Court assistance in taking evidence) and clause (a) of sub-section (1) and sub-section (3) of section 37 shall also apply to international commercial arbitration, even if the place of arbitration is outside India, and an arbitral award made or to be made in such place is enforceable and recognized under the provisions of part II of this Ordinance”[5].

To conclude it may be said that the modification made by the Ordinance in case of Foreign Seated Arbitrations is a welcome change. However, from the scheme of the Act it is clear that Sections 9, 27 and 37(1) (a) and 37 (3) of the Act would apply only to arbitrations having seat in such countries with which India has reciprocal arrangements in terms of the Act.

The author would like to thank Gunjan Chhabra, Associate of the firm for the valuable assistance in researching for this article.