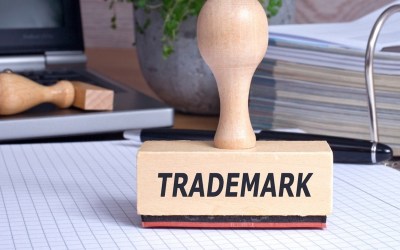 A trademark is a recognizable sign, design, or expression which identifies products or services of a particular source from those of others. A Trademark has been defined in Trade Marks Act, 1999, under section 2(1)(zb) as any mark which is distinctive and is capable of distinguishing goods and services of one undertaking from another, and capable of being represented graphically. It denotes the representation of a product or its characterization which has to be unique, where it would appeal to the general public’s perception and senses in a significant manner.

The protection of trademarks is the law’s recognition of function of symbols. Whatever the means employed, the aim is the same—to convey through the trademark, in the minds of potential customers, the desirability of the commodity upon which it appears.

Traditionally, trademarks are used to identify the origin of the product. Apart from the trademarks like general logos, devices or symbols, there is another category of trademark, which are known as non-conventional trademarks. These are mainly found in the form of Smell Mark, Sound Mark, Taste Mark, Touch Mark or Color Mark. In order to be irreplaceable one must always be different and distinct.

The definition of a trademark under the Trade Marks Act, 1999, is of inclusive one, and therefore non-conventional trademarks can very well fit into the ambit of trademark if they satisfy the criteria of both distinctiveness and graphical representability. A trademark should have the potential to be distinctive; it must indicate source and thereby distinguish the goods or services from others.  The concept of a non-conventional trademark must have the communicative ability of being able to differentiate the goods and services of a person from another.

Section 2, Article 15, Clause 1 of the Agreement on Trade-Related Aspects of Intellectual Property Rights (TRIPS) defines trademark as, “Any sign, or any combination of signs, capable of distinguishing the goods or services of one undertaking from those of other undertakings, shall be capable of constituting a trademark.

Section 3 of the draft of Manual of Trade Marks Practice & Procedure, issued by the Trademark Office, India, provides a definition of the trademark as including any mark as long as the mark is capable of being represented graphically and capable of distinguishing the goods or services of one person from that of the others.

India has a very rigorous process of registration of non-conventional trademark. The regime under Indian Trademark has enunciated the registration of non-conventional trademark, such as; as per Rule 26(5) of the Trade Marks Rules, 2017, Sound trademarks  can be registered by submitting a sound clip along with the musical notations, where the length of the sound clip should not more than 30 seconds; such as ICICI bank was the first Indian entity to get a sound trademark registration for its jingle, and The grant of Yahoo’s sound trademark was a very healthy development for the trademark regime in India.

Other sound trademarks registered in India are the four note bell sound of Britannia Industries, Cisco tune for conferencing on Web Ex and Nokia’s guitar notes on switching on the device.

Rule 26(2) of the Trade Marks Rules, 2017, states that Colour trademarks can be applied for by submitting a reproduction of that combination of colours. The onus will be on the Applicant to show that the colour or sound has acquired distinctiveness or secondary meaning due to continuous bonafide usage. For instance, Colgate Palmolive Company v. Anchor Health & Beauty Care Pvt. Ltd. 2005(31) PTC 583 DEL, elaborates on the matter of using combination of colour to denote the brand of the company.

II. CHALLENGES OF NON-CONVENTIONAL TRADEMARKS
Evolution of the Trademark registration systems of conventional subject matter has gradually developed. Registration of non-conventional trademarks like smell marks, colour marks sound and shape marks are yet to gain momentum.

There are quite a number of challenges before the applicant who wishes to register non-conventional subject matter. The registration for applying under this criteria to word and device trademarks is easy. The miniscule problem arises when a smell trademark or sound trademark has to be registered. It is not a very difficult to register colour trademarks, if the applicant can prove that the colour or combination of colours has acquired through secondary means and distinctiveness after being in use by the applicant for such a long period of time that consumers have begun associating the colour with the goods of the applicant.

For instance to obtain registration of a smell mark we will have to represent such a mark graphically and prove that it is distinctive from the product itself. But represent a fragrance or a smell graphically by may be giving a chemical formula or the composition details is challenging as it is supposed to signify that product and not particularly the smell of that product. Though, some smell mark descriptions could provide evidence to prove distinctiveness and have also been registered outside India, such as the tennis balls of a Dutch Company which smell like newly cut grass and darts with smell of bitter beer.

Some jurisdictions also accept registration for taste marks by providing graphical representation by providing a literary explanation of the taste.

While registering smell or taste marks and while proving distinctiveness of such marks, another barrier that plays a role is whether such marks act as being a “functional feature” of the associated products as the other traditional trademarks are considered to be one.

Amongst others there are touch/texture marks which primarily contribute giving a sense to the consumers by providing reference to the products’ existence. The touch/texture mark is a mark which is distinctive to the consumers being a characteristic feature of the trade dress/packaging of the product which can be felt and not just seen by a bare eye. Examples of such marks might include the leather texture of a Louis Vuitton bag.

III. CONCLUSION
The Trademark Rules have abundantly given the procedure for application of non-conventional trademarks. But there is still a scope for the law to catch up with modern marketing techniques that use colours, shapes, scents and sounds to make their product distinctive.

In India, the prerequisite of graphical representation is coupled with other grounds that are mandatory to be met with if a trademark is applied for registration. Trademarks which are not prima facie “capable of distinguishing” the goods or services of one person from those of the other are devoid of distinctive character. Such marks lacking distinguishing feature can be registered only if evidence to substantiate acquired a distinctive character as a result of the use of such trademarks, can be presented. If any of such trademarks are descriptive in nature they must acquire/attain a secondary distinctive meaning to indicate that the goods or services in connection with which the said trademarks are used relate to a specific brand or the owner. Therefore, if a non-traditional trademark has acquired distinctiveness and is known as a result of its continuous and prolonged use amongst the general public and that the consumers associate such non-traditional trademarks with its brand or the owner, then such trademarks are registrable under the Indian Trademark Law. The brand owner is required to submit evidence to substantiate continuous and prolonged use and other documents showing that the expenditure done on the non-traditional trademarks’ marketing and advertising focused on creating awareness amongst the general public/consumers to draw a relation between such trademarks and the brand/owner serving as an indicator the brand/owner.