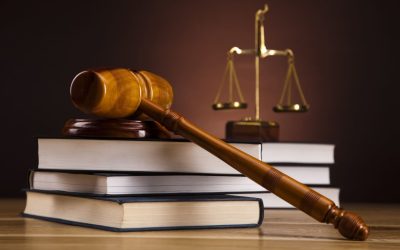 The Division bench[1] of the Delhi High Court (“HC”) in a batch of Petitions titled, “Ardee Infrastructure Pvt. Ltd. v. Ms. Anuradha Bhatia & Ardee Infrastructure Pvt. Ltd. v. Yashpal & Sons”[2] augments more ambiguity to the already existing controversy with regard to the applicability of the amended provisions viz. Section 34 and Section 36 of the Arbitration and Conciliation (Amendment) Act, 2015 (“The Amendment Act”).

The HC observed that all petitions filed under Section 34 of the Arbitration and Conciliation Act, 1996 (“The Act”) prior to the amendment i.e. 23.10.2015, would be considered under the unamended provisions of the 1996 Act and consequently, the contesting party would be entitled to automatic stay of enforcement of the award till the disposal of the said petitions.

On 31.05.2016, learned Single Judge of the HC passed an order directing the Appellants to deposit Rs. 2.70 crores without prejudice to the rights and contentions of the parties. It was further directed that failure to make such a deposit would result in dismissal of objections filed by the Appellant under Section 34 of The Act whereas successful deposit of the said amount would amount to issuance of notice to the Respondents regarding the objections filed by the Appellants under Section 34.

The Appellants contended that their petitions under Section 34 of The Act shall be governed by the unamended provisions and they shall thus have the right to an automatic stay on the award upon filing the said petitions. Whereas the Respondents argued that the amended provisions shall apply thereby denying an automatic stay to the Appellants and requiring them to deposit Rs.2.70 crores as ordered by the Court.

ARGUMENTS BY THE APPELLANT:

ARGUMENTS BY THE RESPONDENTS:

The HC observed that if a narrow view of the expression “to the arbitral proceedings” is to be taken, then Section 26 of the Amendment Act is silent on those categories of cases where the arbitral proceedings were commenced prior to 23.10.2015 and where the award was made prior to 23.10.2015, but where either a petition under Section 34 was under contemplation or was already pending on 23.10.2015.

The Court further classified all arbitral proceedings which commenced in accordance with Section 21, prior to 23.10.2015 into three categories:

With respect to these categories the HC opined that if the first part of Section 26 would only deal with the first category of cases i.e. before arbitral tribunals and not to court proceedings, then nothing in Section 26 of the Amending Act shall pertain to the second or third category of cases.

Thus, if the expression ‘to arbitral proceedings’ used in the first limb of Section 26 is given the same expansive meaning as the expression ‘in relation to arbitration proceedings’ as appearing in the second limb of Section 26, then, the matter becomes very simple and does not result in any anomaly. It would certainly not be the intention of the legislature to have the arbitral tribunal and the courts apply different standard in relation to the same proceedings.

HC while relying on the observations of the Supreme Court in Thyssen Stahlunion Gmbh v. Steel Authority of India Limited[5] held with regard to automatic stay that all aspects of enforceability of an award entail an accrued right both; in the person in whose favour the award is made and against whom the award is pronounced and henceforward, an automatic stay on the award upon filing of petition under Section 34 of The Act was an accrued right in favour of the Appellants. Thus, all the arbitral proceedings (the entire gamut, including the court proceedings in relation to proceedings before the arbitral tribunal), which commenced in accordance with the provisions of Section 21 of the said Act prior to 23.10.2015, would be governed, subject to an agreement between the parties to the contrary, by the unamended provisions and, all those in terms of the second part of Section 26, which commenced on or after 23.10.2015 would be governed by the amended provisions.

Although this decision comes as a refreshing respite for some, it adds to the prevailing confusion infused by the contradictory decisions of various High Courts with regard to the application of the provisions of Section 26 & Section 36 of The Amendment Act, wherein it was opined that ‘arbitral proceedings’ do not include ‘court proceedings’ and thus, the amendments would apply to court proceedings but not to arbitral proceedings. These decisions are discussed as follows:

[1] Comprising of Hon’ble Mr. Justice BD Ahmed and Hon’ble Mr. Justice Ashutosh Kumar[2] FAO(OS) no. 221/2016 and FAO(OS) No.222/2016, judgment delivered on 06.01.2017[3]Section 26, Nothing contained in this Act shall apply to the arbitral proceedings commenced, in accordance with the provisions of Section 21 of the principal Act, before the commencement of this Act unless the parties otherwise agree but this Act shall apply in relation to arbitral proceedings commenced on or after the date of commencement of this Act.[4] Section 6, Effect of repeal. Where this Act, or any 1 [Central Act] or Regulation made after the commencement of this Act, repeals any enactment hitherto made or hereafter to be made, then, unless a different intention appears, the repeal shall not?

(a) revive anything not in force or existing at the time at which the repeal takes effect; or

(b) affect the previous operation of any enactment so repealed or anything duly done or suffered thereunder; or

(c) affect any right, privilege, obligation or liability acquired, accrued or incurred under any enactment so repealed; or

(d) affect any penalty, forfeiture or punishment incurred in respect of any offence committed against any enactment so repealed; or

(e) Affect any investigation, legal proceeding or remedy in respect of any such right, privilege, obligation, liability, penalty, forfeiture or punishment as aforesaid, and any such investigation, legal proceeding or remedy may be instituted, continued or enforced, and any such penalty, forfeiture or punishment may be imposed as if the repealing Act or Regulation had not been passed.