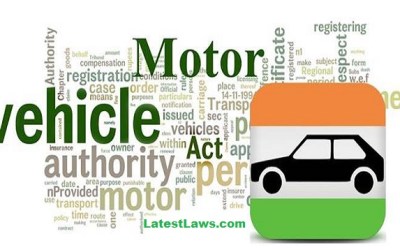 Overview of the Act

Payment of compensation in case of death/grievous hurt

Payment of ‘just’ compensation in case of death or permanent disablement

(i) Calculate the income of the deceased with future prospects

(ii) Deduction for personal and living expenses of the deceased

Income of the deceased with future prospects

Income of the deceased with future prospects

Deduction of personal and living expenses

(i) Deceased being a married person, deduction towards his personal and living expenses would be as under:

1/5th    –  where deceased had more than six dependant family members

(ii) Deceased being a bachelor, deduction towards his personal and living expenses would be as under:

1/2   – where deceased is survived by parents and siblings, mother being only dependant of deceased

Multiplier to be adopted

Age of the deceased   Multiplier

In addition to calculating compensation in the manner stated above, following amounts shall also be paid to the family of victim in case of death:

In this case, the Supreme Court approved the parameters of determining the compensation in the judgment of Sarla Verma

In this case, the Supreme Court though approved the parameters of determining the compensation in the judgment of Sarla Verma but made few more addition

In this case the court held that the age of deceased, and not of the dependent, is relevant for adopting the multiplier

Sample calculation of compensation (based on Sarla Verma case)

Addition to be made on other factors:

Compensation in case of permanent disability