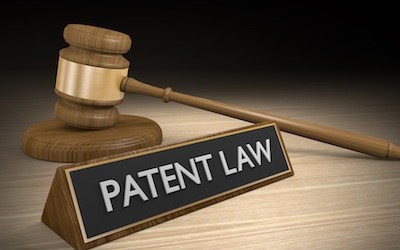 Draft Patent (Amendment) Rules, 2015 proposing amendment to the Patent Rules, 2003, was issued by Ministry of Commerce and Industry on October 26, 2015 and has invited comments from the public.

Some of the notable amendments are as under:

Taking a step forward in the creation of business environment which is conducive for startup and promoting their patenting initiative, startup has been defined in the Rules as an entity (private limited company/partnership/LLP) where:

The entities will not be considered as a startup if:

Other major benefits to the startups under the Rules are reduced fee, expedited examination of the patent application.

Leaving and serving of documents

“Courier service” has been removed as the valid mode of serving documents to the Controller. A major change that has been made is that a patent agent has to file, leave, make or give all documents only by electronic transmission after due authentication including scanned copies of documents that are required to be submitted in original. Documents required to be filed in original should be provided within 15 days of such electronic transmission, failing which such documents shall be considered not to have been filed.

Any written communication made to the patentee using email address would be considered as valid and properly addressed.

Controller has the power to condone the delay in transmitting the documents, if the delay was due to war, revolution civil disorder, strike, natural calamity, unavailability of electronic communication devices or other similar reasons and action was taken as soon as possible within one month after the above mentioned situations have ceased. Burden of proof regarding validity of documents shall lie completely upon the applicant filing the documents.

As per the Rules, discretion of the Controller for an acceptance of the cheque/draft, where the correct value is not mentioned has been omitted.

When a patent application filed initially by startup is partly or fully transferred to any person other than a natural person or startup, the difference in the scale of fees must be paid by the new applicant along with the request for transfer.

Fees once paid in respect of any proceeding will not be refunded irrespective of whether the proceeding has taken place or not. However, if the Controller is satisfied that the fee was paid more than once during the online filing process, then such amount will be refunded.

These policies have to be adhered to ensure the widespread adoption of standards, the very purpose for which a SSO is made. Therefore, licensing SEP on FRAND terms is a voluntary contract between the SSO and the SEP holder. However, the meaning of FRAND has not been defined by SSOs; it depends upon the nature of the transactions between the SEP holder (“licensor”) and the SEP implementer (“licensee”).

A process of expedited examination has been elaborated under the Rules in order to expedite the processing of the application, if desired by an applicant. Such request for expedited examination can be filed in Form 18A (introduced in the Rules). Such request shall be made only by electronic transmission after due authentication within 48 months from the date of priority on any one of the following grounds:

It has been clarified that if such request has been made by a startup then such request shall not be questioned merely on the ground that startup ceased to be startup after having filed an application for patent due to lapse of more than five years from the date of its incorporation or registration.

Further on receipt of such request for expedited request for examination the Examiner shall make a report within one month but not exceeding two months. On receipt of such report from the Examiner, the Controller shall dispose of the same within one month and issue First Examination Report to the applicant or his authorised agent within 15 days from the date of disposal of the report of Examiner by the Controller.

Time to put the application in order for grant

However, Patent Office subsequent to the notification of the Rules, has issued a public notice dated 18-05-2016, clarifying that applications where the First Examination Report have been issued by the Patent Office before 16-05-2016, the time for putting an application in order for grant shall remain 12 months. Whereas for the First Examination Reports issued by the Office on or after 16-05-2016, the provisions of Rules shall accordingly be applied.

Deadline for filing of Power of Attorney