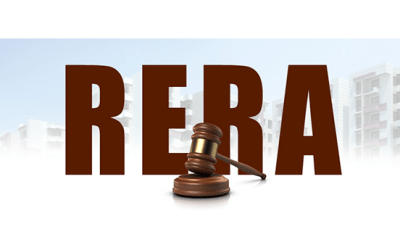 Over the past few decades, the demand for housing has increased manifold. Despite Government’s efforts through various schemes, it has not been able to cope up with the increasing demand. Taking advantage of the situation, various private players have taken over the Real Estate Sector, who are completely non-sensitive towards the interests of consumers. Contracts with unfair and one sided conditions have left the consumers helpless and the current existing laws have failed to check the largely unregulated Real Estate and Housing Sector in India. Consequently, consumers are forced to sign on dotted lines with absolutely discriminatory clauses giving the developers unbridled and unreasonable power. Besides, consumers are also unable to procure complete information or even enforce accountability against erring developers in the absence of an effective mechanism. The need for a legislation to regulate Real Estate Sector was felt badly for establishing an effective mechanism to enforce accountability against the Real Estate Sector and providing expeditious adjudication machinery, which ultimately led to passing of “Real Estate (Regulation and Development) Act, 2016”.

The Bill received the assent of the President on 25th March 2016, thus making it a law. It will come into effect on a date to be notified by the Central Government.

The primary purpose of the Act is to restore the confidence of consumers in the Real Estate Sector by introducing transparency and accountability therein. It will also help in accessing the financial and capital markets in the long term goals.

The Real Estate (Regulation and Development) Act, 2016 aims to regulate and promote the real estate sector by regulating the transactions between buyers and promoters of residential as well as commercial projects. It also has provisions for establishing a regulatory authority at state level called “Real Estate Regulatory Authority” (RERA) for monitoring the real estate sector and adjudicating disputes relating to Real Estate Projects. The main aim of the Act is to protect buyers and help investment in Real Estate Sector.

Salient Features of the Act:

The Real Estate Act, 2016 is one robust step towards regulating the highly unregulated real estate sector and bringing more transparency to real estate transactions. It was a long due measure which has now finally been implemented. However, a closer scrutiny of the provisions of the Act would reveal that the Act has certain loopholes, which ought to have been filled while enacting the same and which may make the consumers liable to suffer. Some of such loopholes are as follows:

However, despite the abovementioned loopholes, the Act will benefit both promoters as well as buyers. It is an initiative to protect the interest of consumers, to promote fair play in real estate transactions and to ensure timely execution of projects. With a clear intention of protecting the interests of buyers, the Act helps the consumers to safeguard themselves from any foul play or exploitation by promoters. The legislation is considered to be a game changing step in the real estate sector.