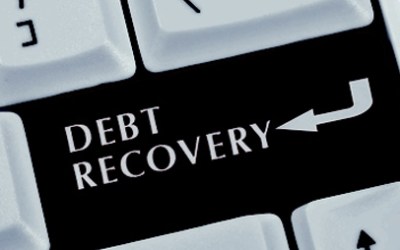 The essence of the judgment in the case of Civil Appeal No. 2511 of 2013, arising out of Special Leave Petition (C) no. 35627 of 2011, between the Official Liquidator, U.P and Uttarakhand vs. Allahabad Bank and others (reported in 2013 4 SCC 381) is that it sets a precedent for a view taken by the Hon’ble Supreme Court that the Recovery of Debts due to Banks and Financial Institutions Act, 1993 (“RDB Act”) being a subsequent legislation and being a special law would prevail over the General Law of the Companies Act, 1956 (Companies Act).

In the aforementioned case, the Apex Court vide its Order dated 12th March 2013 held that when a company is under winding up, the Company Court has no jurisdiction to set aside an auction or sale held by the Recovery Officer under the RDB Act but if the Official Liquidator (OL) is aggrieved by an order of the Recovery Officer he is entitled to for follow the provisions of the RDB Act by preferring an Appeal before the Debt Recovery Tribunal (“the Tribunal”).

This judgment protects not only the banks and financial institutions for which the RDB Act was enacted for quick adjudication of alleged dues but also protects the interests of the workmen when the Company is under winding up by upholding the rights of OL to prefer an appeal, if necessary, before the Tribunal.

Decision of the Hon’ble Supreme Court: The court held that the RDB Act overrides Company law in the event of a clash between its provisions. It, however clarified that the sale of assets of companies in liquidation has to be conducted only with the association of the OL and that distribution of the sale proceeds were to be made in accordance with Section 19(19) of the RDB Act read with Section 529-A of the Companies Act.

The Hon’ble Supreme Court considered the fact that the objects, reasons and provisions of the RDB Act shows the unmistakable intention of the Parliament in enacting a comprehensive code dealing with all the facets of adjudication, appeal and realization of the dues payable to the banks and financial institutions in order to provide expeditious adjudication to banks and financial institutions.

The Hon’ble Court also considered that the case of Allahabad Bank vs. Canara Bank and another, wherein the Company Court in a winding up petition, had stayed the sale proceedings taken out by the Allahabad Bank before the Recovery Officer under the RDB Act. In the appeal, the division Bench held that the Tribunal had exclusive jurisdiction not only to adjudicate the liability of the debtor under Sections 17 & 18 of the RDB Act but also to take steps for recovery of the debts as per the procedures laid down in Sections 25-30 of the RDB Act. The Division Bench also held that there is no need to seek leave of the Company Court to proceed with the claim before the DRT. However, in International Coach Builders Ltd. Vs. Karnataka State Financial Corp., when the question whether the provisions of Section 29 of the State Financial Corporation Act, 1951 (SFC Act) overrides Sections 529 & 529-A of the Companies Act arose it was decided that though the Companies Act was a general law, as the provisions of Sections 529 & 529-A were introduced in 1985 to confer special rights on the workers it would be treated as special law made by the Parliament and hence, the said provisions would override Section 29 of the SFC Act.

A three judge bench who analysed the ratio between the Allahabad Bank case and the International Coach Builders case in Rajasthan State Financial Corpn. And another v. Official Liquidator and another held that while the right to sell the assets under the RDB Act or the SFC Act would not be taken away, the liquidator who is put in charge of the assets of the company is entitled to receive notice of the sale and be heard. The three judge bench also held that the distribution of the proceeds of the sale could only be done with the association of the OL so that distribution is in accordance with Section 529-A of the Companies Act.

The Hon’ble Supreme Court while adopting the reasoning of the Division Bench in the Allahabad Bank case, with respect to the superiority of the RDB Act over the Companies Act and holding that the Tribunal has exclusive jurisdiction for the purpose of sale of the properties, took a minor deviation by holding that in cases, where the Company is in liquidation, the sale of properties by the Recovery Officer can be made only with the association of the OL and after hearing the OL. The Supreme Court also held that distribution of the sale proceeds is to be done in accordance with Section 529-A of the Companies Act.

1. 2. Whether the OL should approach the Company Court or the Tribunal in case of a grievance against the Order of the Recovery Officer?

The Hon’ble Supreme Court held that while the OL would contend that as the Company Court had control over the assets of the Company it would have jurisdiction to set aside the sale held by the Recovery Officer under the RDB Act., the case of Jyoti Bhushan Gupta & Others vs. The Banaras Bank Ltd., made it clear that such jurisdiction exercised by the High Court under the Companies Act is only original jurisdiction (and not appellate jurisdiction). This distinction is also seen in Section 18 of the RDB Act, which creates a bar of jurisdiction stating that no court or other authority shall have or be entitled to exercise any jurisdiction, powers or authority (except the Supreme Court and the High Court exercising jurisdiction under Articles 226 & 227 of the Constitution) relating to matters specified in Section 17 of the RDB Act.

The Hon’ble Supreme Court also found clarity in Section 30 of the RDB Act which states that any person aggrieved with by an Order of the Recovery Officer could prefer an appeal to the Tribunal. The Court held that as Section 30 does not provide for any ambiguity, the OL cannot take recourse to the doctrine of election to approach the Company Court instead of the Tribunal as it is a well settled law that if there is only one remedy, the doctrine of election does not apply.

As such, the Hon’ble Court refrained from dealing with the merits of the case but held that while the Company Court has no jurisdiction to set aside the order of the Recovery Officer, the OL whose duty it is to ensure that there is no irregularity in conducting the auction could prefer an appeal to the Tribunal.