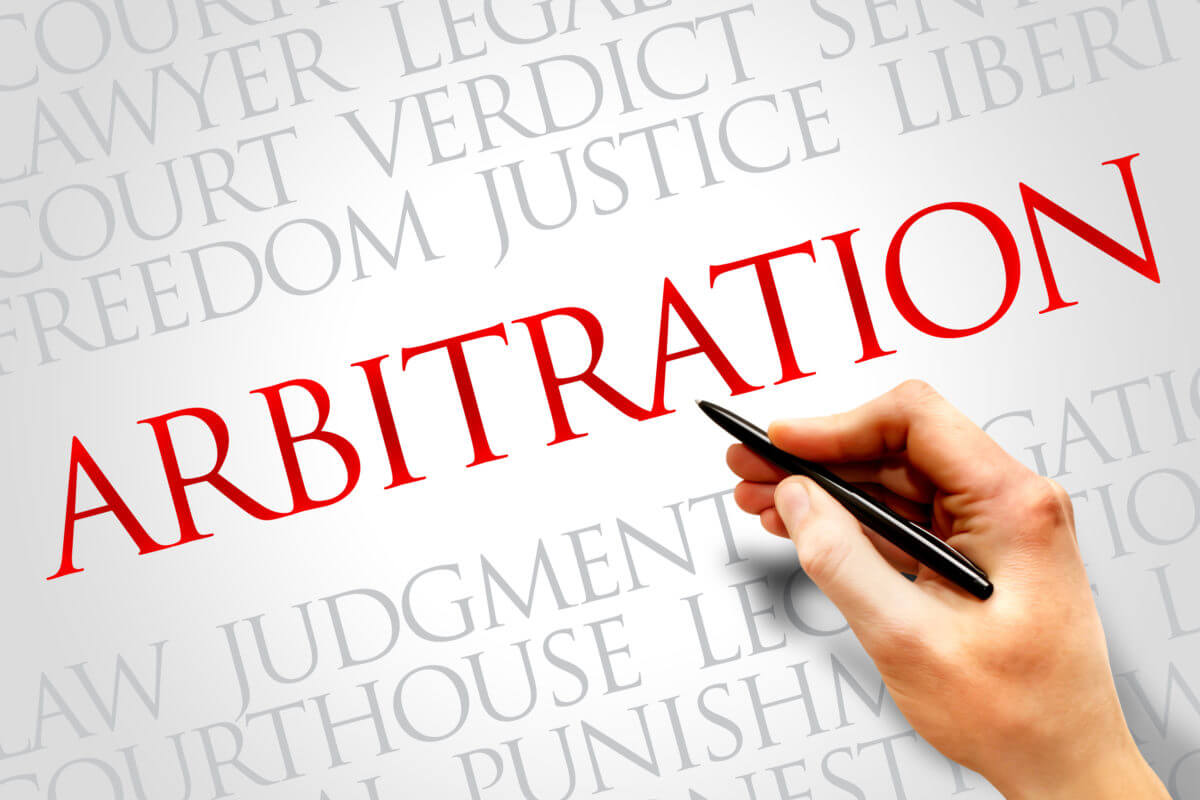 The Hon’ble Supreme Court recently in the case of Project Director, National Highway Authority of India v. M. Hakeem & Anr[i] while dealing with an interesting issue as to whether the power of a court, under Section 34 of the Arbitration and Conciliation Act, 1996 (hereinafter referred to as “the Arbitration Act”), to “set aside” an award of an arbitrator would include the power to modify such an award, stated that, if one were to include the power to modify an award in Section 34, one would be crossing the Lakshman Rekha. The Hon’ble Supreme Court has held that there can be no doubt given the law laid down by this court that Section 34 of the Arbitration Act cannot be held to include within it a power to modify the award.

Petitioner’s Submission
The Petitioner argued that the National Highway Act was amended in 1997 to speed up the acquisition process for a very important public purpose, that is construction of national highways, and the compensation amount being awarded to the landowners is determined by the competent authority. In case the amount of compensation is not acceptable to either of the parties, then the compensation amount shall be determined by the arbitrator who is appointed by the Central Government and subject to the provisions of the National Highway Act, the provisions of the Arbitration Act shall apply. The petitioner further argued that a challenge to the Arbitrator’s award is then made only under Section 34, which as has been held by a catena of judgements, is not a challenge on merits of the award. Hence, the Court’s power is only limited to either setting aside the award or remitting the award to the arbitrator under Section 34(4) so as to eliminate any ground of challenge under Section 34. The petitioner further argued that this well settled position cannot possibly be given a go-by when it comes to arbitration under the National Highways Act, in which either party can ask for the appointment of an arbitrator who is then appointed not by the parties, but by the Central Government.

Further, the Petitioner also attacked the judgment of the Learned Single Judge of Madras High Court in Gayatri Balaswamy v. ISG Novasoft Technologies Ltd.[ii], on which reliance was placed by the impugned judgment and argued that once the Supreme Court had laid down the law that modification of an award is not possible, the single judge cannot divert from such a view.

Respondent’s Submission
The Respondent raised a preliminary point that, in at least three cases arising out of the same notification for the same village and the same purpose, NHAI had deposited the compensation before the learned court concerned and the same was received by the claimants and therefore the judgment of the Learned District Judge had been complied with. They further argued that in other two cases, NHAI had deposited the entire award amount with the accrued interest before the District Judge in accordance with District Judge’s judgment and no appeal has been filed therefrom. They argued that NHAI being ‘State’ under Article 12 of the Constitution of India, cannot pick and choose as to when it will file appeals against certain District Judge judgments and not against others and therefore sought dismissal of appeals on this ground alone.

The Respondent further argued that if Section 34 were to be construed in a manner suggested by the Petitioner, then there would be no remedy against a very grievous wrong and the District Judge could only set aside the award, resulting in a fresh arbitration before either the self-same bureaucrat or another bureaucrat appointed by the Central Government.

Findings of the Supreme Court
The Supreme Court observed that Section 34 not being in the nature of an appellate provision, it provides for setting aside the award on very limited grounds contained in sub-sections (2) and (3) of Section 34. Secondly, as the marginal note of Section 34 indicates, “recourse” to a court against the arbitral award may be made only by an application for setting aside the award in accordance with sub-section (2) and (3). “Recourse” is defined by P Ramanatha Aiyar’s Advanced Law Lexicon (3rd Edition) as the enforcement or method of enforcing the right. The SC further observed that “Where the right is itself truncated, enforcement of such truncated right can also be only limited in nature.”.

The Supreme Court further observed that the statutory scheme under Section 34 of the Arbitration Act is in keeping with the UNCITRAL Model Law under which no power to modify an award is given to a court hearing a challenge to an award and the legislative policy of minimal judicial interference in arbitral awards.

Further, after giving reference of cases such as MMTC Ltd. v. Vedanta Ltd.[iii] and Ssangyong Engg. & Construction Co. Ltd. v. NHAI[iv] the Supreme Court observed that it is well settled law that proceedings under Section 34 of the Arbitration Act does not contain any challenge on the merits of the award. In Maharashtra State Electricity Distribution Co. Ltd. v. Datar Switchgear Ltd.[v], it was held that the court hearing a Section 34 petition does not sit in appeal. The SC further held that as a matter of fact, the point raised in the present appeals stands concluded in McDermott International Inc. v. Burn Standard Co. Ltd.[vi], where it was held that the court cannot correct errors of the arbitrators. It can only quash the award leaving the parties free to begin the arbitration again if it is desired.

The Supreme Court further held that the issue has been finally settled by its three decisions i.e. in McDermott International Inc. v. Burn Standard Co. Ltd.(supra) which has been followed in Kinnari Mullick v. Ghanshyam Das Daman[vii] and Dakshin Haryana Bijli Vitran Nigam Ltd. v. Navigant Technologies Pvt. Ltd.[viii] where it has been held that there is no power to modify an arbitral award under Section 34

The Supreme Court further referred to its various judgments where the awards were modified by the Apex Court exercising its power under Article 142 of the Constitution of India and held that each of these judgments also does not carry the matter further in that the orders that are passed under Article 142 of the Constitution do not constitute the ratio decidendi of a judgment and admittedly, there was no discussion on whether, as a matter of law, a power to vary an award can be found in Section 34 of the Arbitration, 1996.

The SC further observed that a look at the Arbitration Acts of England, the United States, Canada, Australia and Singapore would show that in each of those legislative measures, there are express provisions which permit the varying of an award, unlike Section 34 of the present Act. The Supreme Court further held that “disease” can only be cured in very limited circumstances thus limiting the remedy as well. Also, to assimilate the Section 34 jurisdiction with the revisional jurisdiction under Section 115 of the Code of Civil Procedure, 1908 [the “CPC”], is again fallacious”.

The Supreme Court further held that if one were to include the power to modify the award in Section 34, one would be crossing the Lakshman Rekha. The Court further observed that while interpreting the statutory provision, a Judge must put himself in the shoe of the Parliament and then ask whether Parliament intended this result. The Supreme Court held that Parliament clearly intended that no power of modification of an award exists in Section 34 of the Arbitration Act and it is for the Parliament to amend the said provision in the light of the experience of the courts in the working of the Arbitration Act and bring it in line with other legislations the world over.

Further, on facts, the SC observed that in several cases, NHAI has not filed appeals even in matters which are similar i.e. arising from the same Section 3A Notification, as a result of which certain landowners have got away with the enhanced compensation given to them by the District Court. The Court further observed that, “we cannot shut our eyes to the fact the arbitrator has awarded compensation on a completely perverse basis i.e., by taking into account ‘guideline value’ which is relevant only for stamp duty purposes, and not taking into account sale deeds which would have reflected the proper market value of the land”. The Supreme Court held that given the fact that the awards in all these cases are therefore perverse, the District Judge rightly interfered with the same. The Supreme Court further held that there is no doubt that, the arbitral award in these cases is given by a government servant appointed by the Central Government, the result being the rubber stamping of compensation awarded on a completely perverse basis and that grave injustice would be done if we were to interfere on facts, set aside the awards and remand the matter to the very government servant who took into account depressed land values which were relevant for purposes of stamp duty only.

The Supreme court further relied on Taherakhatoon v. Salambin Mohammad[ix] whereby it was held that “even after we declare the law and set aside the High Court judgment on law, we need not interfere with the judgment on facts, if the justice of the case does not require interference under Article 136 of the Constitution of India”. Therefore, the SC dismissed the appeals on facts, as it held that in several similar cases, NHAI has allowed similarly situated persons to receive compensation at a much higher rate than awarded and also, given the fact that most of the awards in these cases were made 7-10 years ago, the Supreme Court further held that it would not, at this distance in time, be fair to send back these cases for a de-novo start before the very arbitrator or some other arbitrator not consensually appointed, but appointed by the Central Government.

Conclusion
The Supreme Court has made it clear that the Court exercising power under Section 34 of the Arbitration and Conciliation Act, 1996 cannot modify the award. The Hon’ble Supreme Court, in holding so, has relied upon its earlier judgment of McDermott International Inc. v. Burn Standard Co. Ltd. (supra) and other judgments which says that the court under Section 34 of the Arbitration Act do not sit as a court of appeal and therefore does not have power to modify the award.