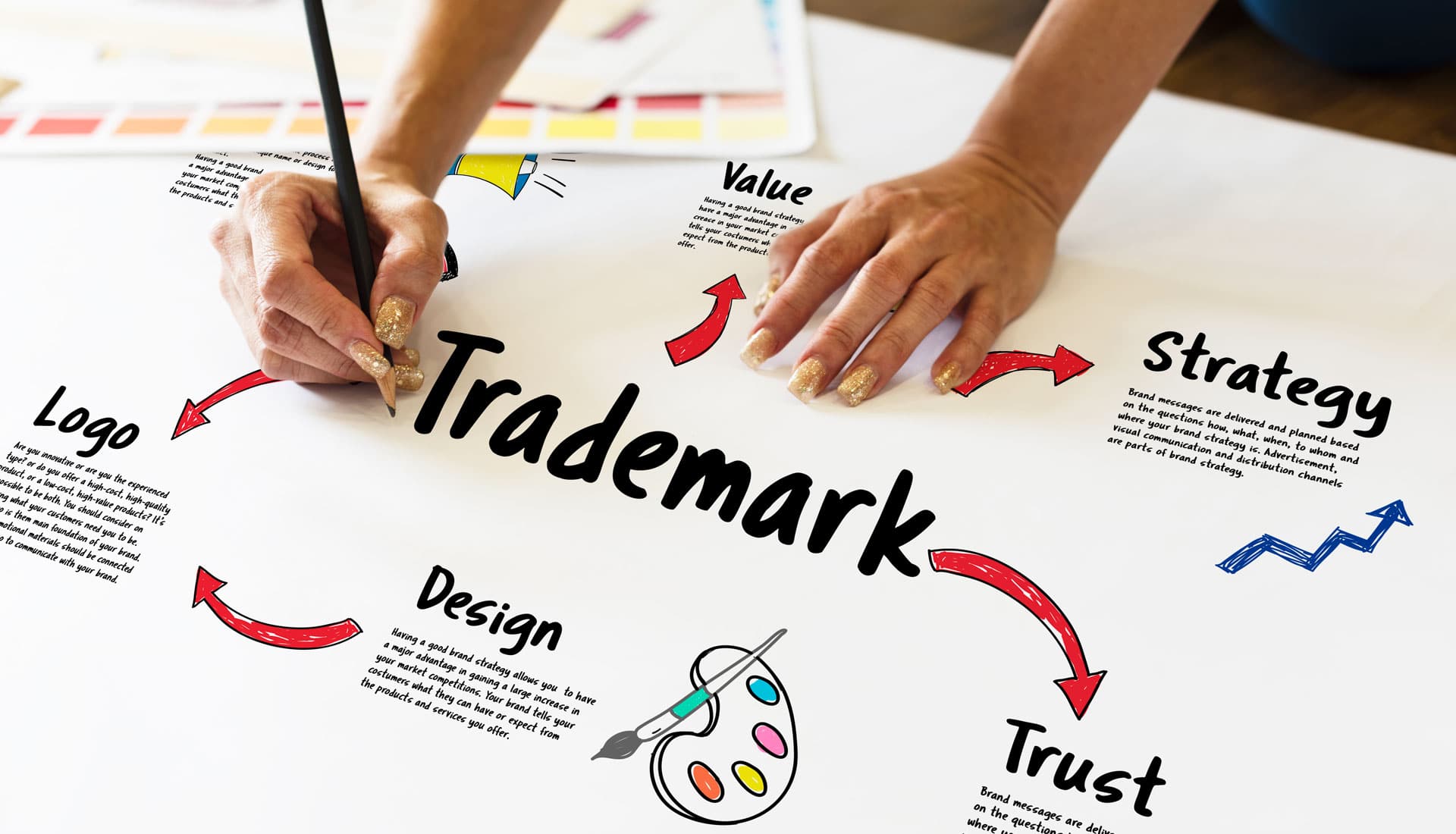 A trademark is a mark which represents the goods, products or services in a graphical manner. It helps to associate the goods and services of a business group by representing its brand name or trade name graphically and in a way which is appealing to the human eye. It is a mere representation which denotes the brand name or trade name with a combination of colours, shape of goods and coined terms. It is a distinctive way to designate a mark to a business group so that it can show a connection with the said trade. It helps to distinguish the goods and services of one trader from the other and also denote the origin of the goods.

Trans-border reputation exits when a trademark and the product associated with the trademark surpasses the physical borders of the region and gain reputation across the border or beyond the territorial limitation of the geographical region due to its promotions, commercial publicity, advertisements and its presence in the market at large. Distribution of information of a trademark associated with a product through advertisements and publicity in media amounts to use of the trademark even if the advertisement is not combined with the actual presence or use of the product in the market. The source of information or medium of awareness of the trademark stands immaterial.

The emergence of this concept goes back to the 1950s when the famous case of N.R. Dongre and Whirlpool Corporation came up.

Whirlpool Corporation obtained the registration of the trademark ‘Whirlpool’ in India in 1956 for cloth dryers, dish washers, washing machines among other appliances. However, initially the corporation used to sell products only to the U.S embassy in India bearing the name ‘Whirlpool’.

In 1986 Mr. N.R Dongre filed for registration of trademark ‘Whirlpool’. After the publication, TVS Whirlpool Ltd opposed the said registration. But it was dismissed on the grounds of Non-use and non-reputation of trademark ‘Whirlpool’ in India and on the ground that no confusion is likely to arise if Mr. N.R Dongre and his company is allowed to sell out products bearing the name’ Whirlpool’.

The TVS Whirlpool Ltd filed for an appeal against the order of the Assistant Registrar before the Delhi High Court. The Single Judge Bench held in favour of TVS Whirlpool Ltd that they had been selling their products to the U.S embassy and ATO in India before Dongre even came into the market. Also they have given advertisements in various international magazines being circulated in India about the products under the trademark and name ‘Whirlpool’. And hence, a temporary injunction was granted stating that there were no reliable and conclusive evidence of Mr. N.R Dongre and Co. having carried out marketing of their washing machines bearing the trademark 'Whirlpool' for any considerable time prior to the date of grant of injunction.

Thus, in this manner the concept of 'Trans-Border Reputation' was recognized by the Supreme Court.  And the trademark 'Whirlpool' was deemed to have acquired trans-border reputation which enjoys due protection of law in India as well, irrespective of its market base or registration in India.

Prius Auto Industries is a manufacturer and seller of auto parts and accessories in India since 2001, whereas Toyota is an automobile manufacturer incorporated under the laws of Japan.

When the case was instituted, the Single Judge of the Delhi High Court permanently injuncted Prius Auto from violating Toyota's rights in the marks TOYOTA, INNOVA, and PRIUS. The court said that PRIUS is a well-known trademark and Toyota was the prior user of PRIUS in other countries and had a trans-border reputation even in India through advertisements in International magazines and on the internet even though Prius Auto was the prior user and registered proprietor of the mark PRIUS in India.

Prius Auto Industries filed an appeal with the Division Bench. The Division Bench set aside the permanent injunction and said that Toyota had no trans-border reputation in India as the reporting of launch of Prius (Car) in print media was not ground breaking in India and would not have had a huge impact on the public. Also between the launch and 2001, the use of internet in India was limited. Also the court could not find any substantial evidence as to confusion amongst public. This decision came to be challenged under the present appeal before the Supreme Court.

The Supreme Court upheld the decision of divisional bench and gave acceptance to Prius Auto's arguments on 'Territoriality Principle' stated that there needs to be substantial evidence to show that a mark has acquired substantial trans-border goodwill in India even if it already has acquired a huge good will in other jurisdictions.

The supreme court also held that once an action of passing off is brought in, claimant has to establish his goodwill in the jurisdiction in which he claims defendants are trying to pass off their goods under the brand name of claimant’s goods, the claimants are required to prove possibility of confusion and not actual confusion in public.

The focus on Trans-border reputation in India has been majorly contributed by the whirlpool case. In this case the court was of prima facie opinion that the mark WHIRPOOL had acquired reputation in India and the public associates it with the product sold under this mark, i.e., washing machine. The court opined that the mass advertisement of a mark in a country without actual presence of the goods under that mark is also considered as use of the trademark and leads to establishment of trans- border reputation.

The case opened gates for marks having developed a reputation in India via print media or ads without being actually sold or used in India to obtain protection under the Trademark law.

However, the Toyota-Prius case further elaborated this opinion of the court by holding out that there has to be ample evidence to show that the claimant has acquired a substantial goodwill for its mark in the Indian market also. The court noted that “Prius” brand was introduced in Indian market only during 2009-10. The court said that mere presence of advertisements is also not sufficient, it has to be evaluated how widespread and impactful were these ads and how the degree of goodwill and reputation the mark acquired due to such advertisements. Mere presence of ads and articles in print media would not suffice for creating a trans-border reputation if it did not impact the public at large in the Indian market.

Further, nowhere in the Whirlpool case the court laid emphasis on the fact that the mark should have acquired trans-border reputation in India at the time when the mark is adopted by opposite party.  In the Toyota-Prius case, a relevant timeline for determining trans-border reputation was established and the apex court held that just acquiring goodwill globally is not sufficient; mark should have acquired goodwill in India before it has been adopted by the opposite party.

Talking of evidence, The Supreme Court laid emphasis on presence of adequate evidence to show that the claimant has acquired a substantial goodwill for its goods not just internationally but in the Indian market. Further emphasis was also laid on likelihood of confusion. The court held that once goodwill and reputation is established, the burden of establishing actual confusion is not to be attached to the claimant. The court opined that possibility of confusion is easily demonstrated with reference to particulars of the mark and circumstances attached to sale and marketing of goods.

Basically, the Toyota-Prius judgment laid emphasis not only on the established international reputation but also how it is perceived by the public and the way it spills-over in Indian markets. Thus, while considering the concept of trans-border reputation in both the cases it is clearly evident that different cases have different interpretation as to the concept of trans-border reputation.