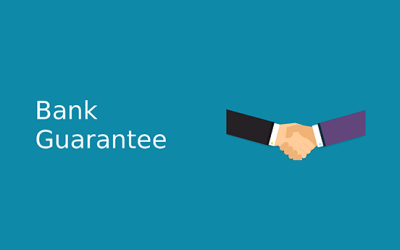 A bank guarantee is a written contract given by a bank on behalf of its customer. By issuing this guarantee, a bank takes responsibility for payment of a sum of money in case, if it is not paid by the customer in performance of its contractual obligations.

There are two types of bank guarantees:

However, in its recent pronouncement, the Hon’ble Supreme Court of India seems to have made a paradigm shift by holding that each case of injunction against invocation of the bank guarantee has to be decided with reference to the facts involved therein. The Apex Court in Gangotri Enterprises v. Union of India held that while there can be no quarrel to the proposition laid down in the cases pertaining to encashment of bank guarantees, the same would not be applied in every case. Holding that the in the case in hand, law laid down in the case of Union of India Vs. Raman Iron Foundry was applicable, the apex court reversed the judgment of Allahabad High Court which declined to grant injunction against invocation of bank guarantee by beneficiary party.

This judgement of Gangotri Enterprises will certainly come to the rescue of litigants, primarily contractors executing work under contracts awarded by government agencies and the said agencies were exercising unbridled discretion in the matter of encashment of bank guarantees furnished by the contractor. A general belief that bank guarantees can beencashed irrespective of the main dispute between the contractor and the department, or for covering the claims for damage, which are yet to be crystallized, has been set right but this judgement. Therefore, whenever any party would seek to encash the bank guarantees provided by other party to the contract on the basis of their claims of damages, such an attempt would not be successful as a claim of damages is not a sum due and payable in present. Similarly, bank guarantee given for one contract cannot be encashed for breaches/disputes concerning to another contract.