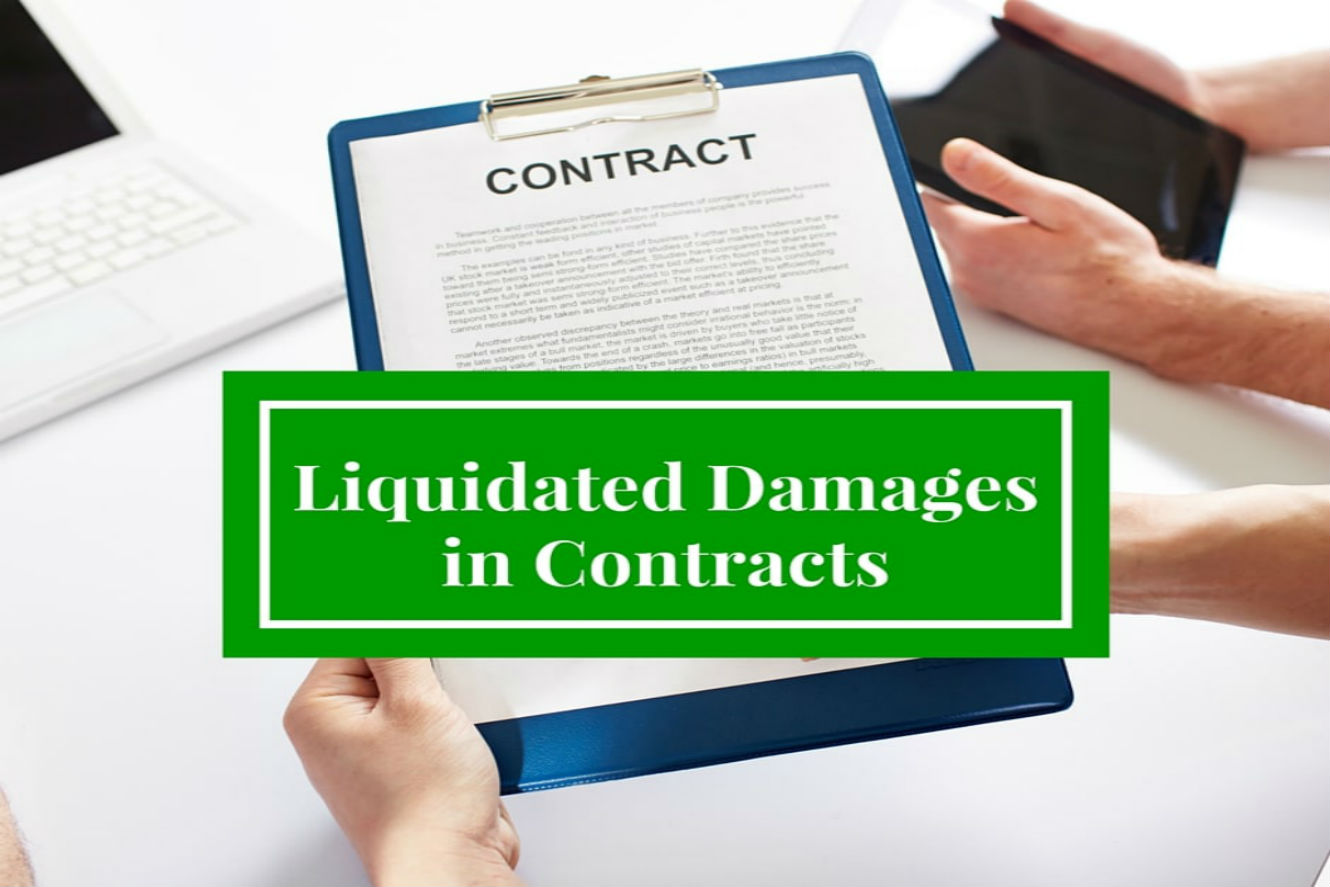 The most recent judgment of the Hon’ble Supreme Court, in the matter of Welspun Specialty Solutions Limited Vs. ONGC; reported as 2021 SCCOnline SC 1053 may stimulate rethinking in the manner of operation of liquidated damages clauses found in several contracts. In this case, the apex court finally upheld an award passed by a ld. sole arbitrator holding that ONGC was not entitled to recover liquidated damages having waived imposition of LD while granting first two extensions.

The facts leading to passing of this judgment, as available in the judgement, are worth noticing. ONGC floated tender for purchase of aggregate quantity of 3,93,297 metres of seamless steel casing pipes. On completion of tender process, four purchase orders for varying quantities aggregating to 3,93,297 were issued in favour of Welspun Speciality Solution Limited. In terms of the purchase orders, delivery was to commence within 16 weeks and was to be completed in 40 weeks, or earlier, from the date of purchase order. There was a clause 9, common to all for four purchase orders, and which is reproduced as under:

9. i) The time and date of delivery is the essence of the supply order and delivery must be completed not later than the date specified therein.

ii) It must be noted that delayed supplies even delivery and/or accepted by the purchaser will be treated as supplied/effected after schedule period without prejudice to Failure & Termination Clause.

iii) Even when extension in delivery period is granted, such acceptance of extension as the case may be will be without prejudice to claim damages under Failure & Termination Clause unless purchaser clearly waives his right in writing to recover such damages with the approval of competent authority.  (Underline and highlighted portion provided by us)

Clause 10 which is ‘Failure & Termination Clause’ also provided for imposition of liquidated damages (“LD”) for delayed supplies. During execution of the contract, there were several delays which led to grant of as many as up to seven extensions of time for all the four purchase orders. A peculiar fact of this case was that ONGC granted the first two extensions for all the four purchase orders without imposition of LD whereas while granting all subsequent extensions, ONGC imposed and recovered LD. Overall, ONGC recovered an aggregate amount of USD 8,07,804.03 plus Rs.1,05,367/- as liquidated damages from various bills submitted by the contractor. The contractor invoked arbitration clause and made several claims before arbitral tribunal.  One of the claims was for refund of the liquidated damages recovered by ONGC. In para 12 of the judgment, the apex court took notice of seven issues out of 17 framed by the arbitrator which were relevant for considering the challenge to the award of the arbitral tribunal qua the liquidated damages.

The arbitral tribunal had held that time was not the essence of the contract because there was a provision for extension of time. As regards liquidated damages, the tribunal held that liquidated damages could not be granted as there was no breach of contract due to the fact that time was not the essence of the contract. Accordingly, the arbitral tribunal determined and allowed only the actual damages based on evidence furnished by ONGC. ONGC had demonstrated that it had suffered the actual losses to the tune of Rs.3,80,64,830/- which were by and large same as the amount of liquidated damages recovered by it. The Ld. Arbitrator held that ONGC was not entitled to claim damages for the period during which extension was granted without imposition of LD i.e., the first two extensions. The tribunal directed that the amount of Rs.1,71,35,838/-, which was levied by ONGC for the period recovered by the first two extensions, cannot be retained by ONGC. Accordingly, the Arbitrator held that ONGC would be entitled to retain Rs.2,09,28,995/- and out of 3,80,64,833 claimed by ONGC as actual loss.

ONGC’s challenge to the award before the Ld. District Judge failed, who upheld the award, though modified the cost awarded by the arbitral tribunal against ONGC from Rs. 25 lakhs to Rs. 9.40 lakhs. In further appeals before the High Court, the ONGC succeeded, and the High Court held that ONGC was not required to prove losses suffered before recovering the damages.

Before the Hon’ble Supreme Court, the issue was whether the high court had decided the controversy in accordance with law. After taking note of the limited scope of Section 34 and various judicial pronouncements thereon, the apex court held that phrase ‘public policy’ does not indicate ‘a catch-all provision’ to challenge awards before an appellate forum on infinite grounds. The apex court set aside the decision of the high court and upheld the award passed by the Ld. Arbitrator. It is held that in the facts and circumstances of the case, the interpretation of the Ld. Arbitrator cannot be said to be bad in law. It was held that arbitrator’s view that damages referred to in clause 9 (i) (which made the time essence of the contract subject to extension granted without prejudicing right of ONGC to recover damages), refers to actual damage provable by tangible losses and not pre-estimated loss/liquidated damages, can be said to be reasonable interpretation. Furthermore, the court upheld the decision of the Ld. Arbitrator on the issue of waiver. The Ld. Arbitrator had held that once liquidated damages were waived in the first two extensions, subsequent extensions could not be coupled with liquidated damages unless a clear intention flowed from the contract. The apex court accepted the findings of the ld. Arbitrator distinguishing the judgment in the case of ONGC Vs Saw Pipes Ltd; (2003) 5 SCC 705 on the premise that in the said case, ONGC had extended the time for supply of goods subject to the specific condition that purchase would recover the agreed stipulated damages from the contractor. On the aforesaid premise, the apex court directed for setting aside of the judgment of the high court and upheld the award.

The ld. Arbitrator also held, as noted in para 14 of the judgement, that the liquidated damages, which are pre-estimated damages, cannot be granted as there was no breach of contract due to the fact that time was not the essence. It appears that the ld. arbitrator has based his said finding on reading of the provisions of Section 55 of the Contract Act, which uses the expression ‘loss occasioned by such failure’. Reading the said expression, the ld. arbitrator appears to have held that ‘loss’ in terms of Section 55 would mean actual loss and not liquidated damages. Even this finding of the ld. arbitrator is not based on correct reading of the provision of Section 55 of the Contract Act. It may be true that Section 55 does not specifically use the expression ‘breach’, but it does refer to ‘failure to perform at or before the specified time’. Such failure is nothing but a breach. If time is the essence, failure to perform at or before agreed time results in fundamental breach entitling the promisee to either avoid the contact or accept the delayed performance. If in such cases promisee accepts delayed performance without prior notice of its intention to claim damages, he cannot recover damages. However, if time is not the essence, the contract cannot be avoided and promisee’s right to recover damages is statutorily protected. In such a case there is no requirement of giving notice of intention of claiming damages prior to accepting the delayed performance. Therefore, whether time is the essence of the contract or not has, nothing to do with quantum of damages. The expression ‘loss occasioned by such failure’ in Section 55 cannot render a clause providing for imposition of LD, inoperable.

The Ld. arbitrator’s finding on waiver is also not in line with the express provision of the contract. Clauses 9(ii)& 9(iii) reiterate that acceptance of delayed supplies would be without prejudice to Failure and Termination Clause which includes provision of liquidated damages. Expression “unless the purchaser clearly waives his right in writing to recover such damages with the approval of competent authority” in clause 9(iii) was of great importance. It appears that the arbitrator has ignored this clause completely. Apparently, this provision has not been brought to the attention of the apex court. Merely because while granting one or two extensions LD was not imposed, it cannot be said that the LD clause in its entirety gets waived. What is important here to note is that mere existence of a clause providing for LD does not entitle the aggrieved party to recover full LD amount irrespective of actual loss. Therefore, where actual losses are provable, the aggrieved party would be entitled to recover actual losses only but that does not mean that the LD clause would lose its existence.

In view of provisions of Section 55 of the Contract Act, if the LD were not imposed while granting first two extensions, damages for the same could be claimed later. Such a right is statutorily protected, as aforesaid, and there cannot be any question of waiver, more so in view of provisions of clause 9(ii)&(iii).

While the Hon’ble Supreme Court’s decision may seem to be correct in the facts and circumstances of the case and also from the stand point of no interference with the award even if there is an error of fact or law and even a wrong decision of the arbitrator being not amenable to challenge Section 34, in our respectful submission this judgement should not be seen to have laid down the law that LD is waived if not imposed in the first instance.