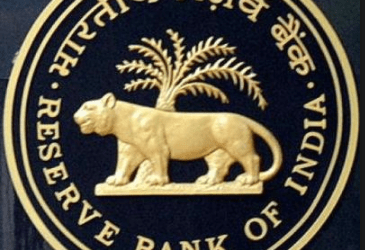 Courtesy the present pandemic, financial difficulties are hurting industries across all sections. In order to ease out such daunting situation, the RBI vide its circular dated 27th March 2020 had allowed banks and financial institutions to grant to its customers a moratorium of three months on payment of all loan instalments falling due between March 1st 2020 and May 31st 2020, which was further extended for another three months. In relation to the said circular dated 27th March 2020, few important questions came up for consideration before the Karnataka HC in a writ Petition filed by Velankani Information Systems Limited against RBI and other leading banks including HDFC, Fedral Bank and Aditya Birla Finance limited being Writ Petition No.6775 Of 2020 (Gm-Res) decided on 08th July 2020. These were, whether the Circular issued by the RBI dated 27th March 2020 is mandatory, directory or discretionary? Can a request made by a borrower be rejected by a lender on the ground that the loan of the lender is structured and therefore, the lender can recover the amounts due on the making of such structured loan like an Escrow account? The court also considered the issue if Writ of mandamus can be issued against a private bank to implement the Circular issued by the RBI dated 27th March 2020?

Facts
The Petitioner had availed term loan facilities from HDFC Bank Limited, Federal Bank and Aditya Birla Finance Limited Respondent Nos.5 to 7 in the Petition totalling to Rs.475 crores. The Petitioner is in the business of running an Information Technology Park (Technology park or Tech Park) and a 5 star Hotel. In order to service the aforesaid loan, there is an agreement arrived at between lenders i.e., the Respondent Nos.5 to 7 that the revenue from the lease rentals of the Technology Park would be credited into Escrow Account No.57500000106944 and revenue from the Petitioner’s hotel business would be credited into Escrow Account No.57500000286555. The Banks were entitled to appropriate the Equated Monthly Instalment (EMI, for short) payable on the loans due to them from the Escrow Account where the lease rentals and revenues from hotel were deposited.  The excess rental and revenue was to be released from the Escrow Accounts to the current account of the Petitioner for utilisation by the Petitioner to meet its expenses.

Response by RBI and Banks
RBI took a stand before the court that each lending institution is best placed to assess the requirement of its customers. Therefore, the discretion regarding deciding the eligibility of customers and the manner in which customers are to be on boarded for availing the benefit including the manner of recovery of interest accrued during the moratorium period was left to the lending institution.

HDFC took a stand that the Petitioner would not be eligible for any moratorium as the Petitioner is receiving huge amounts towards rental, maintenance, fit-out income, all of which have been appropriated by the Petitioner, there are unutilised amounts lying in the Bank account of the Petitioner, therefore, there was no requirement for the extension of a moratorium facility to the Petitioner. Further, the Circular issued by the RBI is not mandatory in nature, is only directory. The discretion to extend a moratorium or not is solely that of the lending institution like the Respondent No.5. The Petitioner had a Lease Rental Discounting facility (LRD) with the bank which is a separate and distinct facility and cannot be equated to a term loan or a retail loan.

Observation by the Court
After taking into account, the rival contentions, the High Court observed that the said Circular dated 27th march 2020 was issued to protect and preserve the economy of the country on account of the COVID 19 pandemic. A private body or a person may be amenable to writ jurisdiction where it may become necessary to compel such body or association to enforce any statutory obligations or such obligations of public nature casting positive obligation upon it. The issuance of the Circular is in the public interest, interest of the economy and the country. The enforcement thereof would also come within the purview of enforcing a public duty. The court held that Writ Petition in the present facts would lie against private banks.

Taking note of the FAQ’s issued by various banks in relation to the moratorium offered by  it, wherein it stated that all customers who have availed of retail instalment loan or any other retail credit facilities prior to March 1st 2020 are eligible, the court observed that once the banks have in the public domain on their respective websites expressed their solidarity with all their customers and stated that all the customers are eligible for grant of a moratorium, in accordance with RBI guidelines, it is not permissible for such banks to nit-pick and later on, refuse the grant of a moratorium, to the Petitioner, who is otherwise eligible. That is to say the Banks cannot take one stand in the public domain and a contradictory stand while implementing what they have stated in the public domain. Both the RBI and the banks have held out that all customers are eligible for a moratorium. The availing of or otherwise of the moratorium is at the sole discretion of the borrower more so when the borrower would be required to make payment of additional interest, during the said moratorium period. There being no waiver of interest and/ or the principal amount by the mere grant of a moratorium.

Though the Circular issued by the RBI dated 27th March 2020 is discretionary in so far as the power to grant or not a moratorium by a bank, it is mandatory for the Bank to ensure the continuity of viable businesses, in that, the non-grant of a moratorium should not result in adversely affecting the survival and continuity of a viable business. The understanding of the banks by reference to their respective answers to the FAQ’s is also in line with the above. All borrowers are eligible to seek for a moratorium, if a borrower were to seek for grant of a moratorium on the ground that continuity of its business would be affected and establish the same, the borrower would as a matter of right be entitled for the grant of moratorium so that such continuity is not adversely affected.

The court held that the above RBI circular would be applicable on the LRD availed by the Petitioner.  The court quashed the communications issued by the banks and directions were issued to the banks to grant moratorium to the petitioner on the loan availed by it.

Relief for Auto industry due to COVID 19