Masterclass on ‘Drafting of Staffing Contracts’ 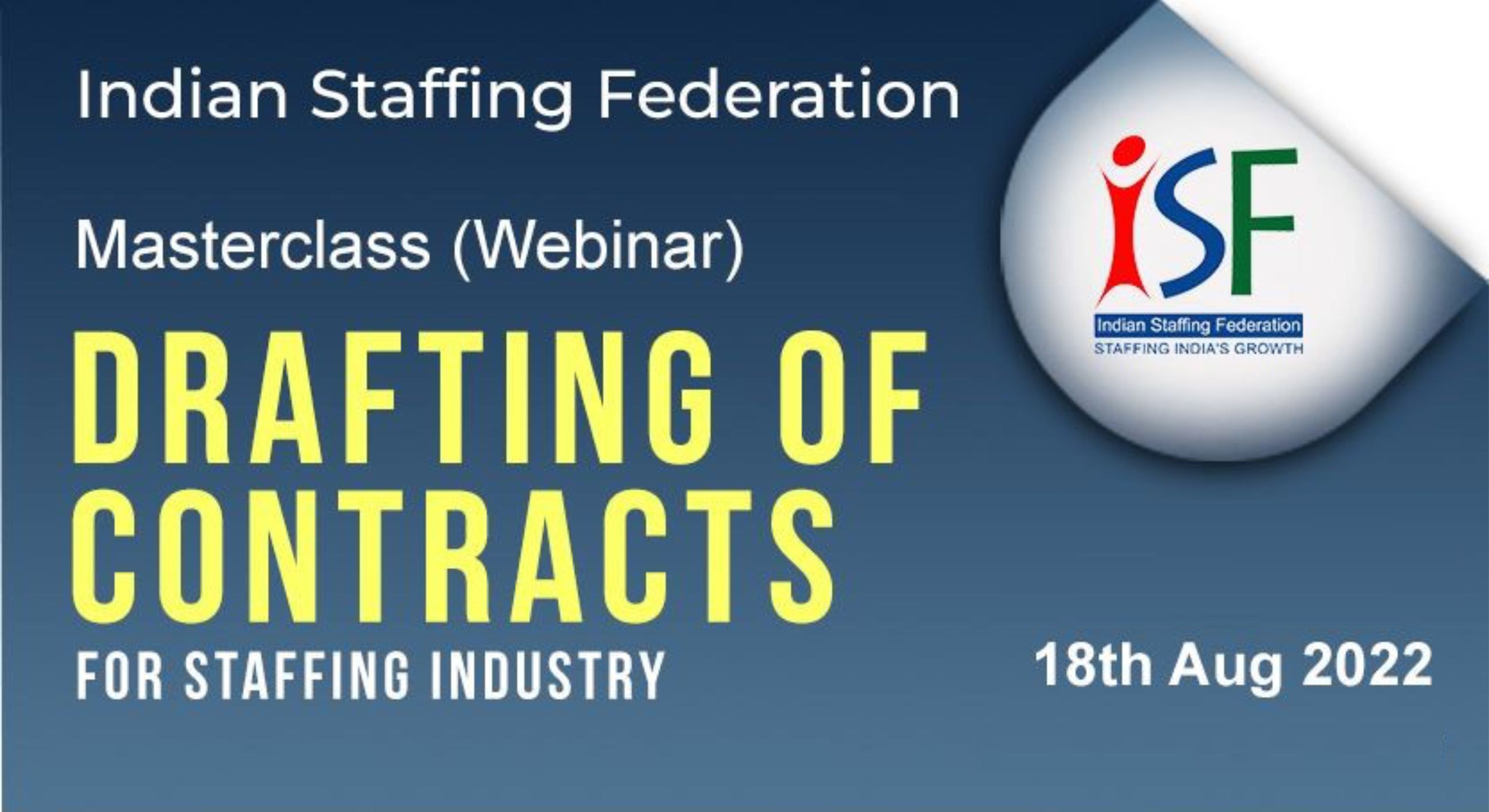 Mr. Rao went on to elaborate how the Contactor can ensure timely payment by the PE by casting an obligation on the PE to make timely payment, failing which the Contractor would refrain from paying wages to the deployed employees, thus making the PE liable to pay under the Contract Labour (Regulation and Abolition) Act, 1970.

He further explained in detail the various obligations and liabilities of the Contractor and the PE. Mr. Rao also emphasised the liability of the PE to pay compensation under the Employee’s Compensation Act, 1923, in the event of injury caused to the Contractor’s deployed personnel. He also stressed upon the advantage of procuring insurance to limit the Contractor’s liability, followed by Mr. Ravi Singhania sharing his experience in dealing with such matters.

Mr. Rao stressed the importance of having a clearly worded termination clause and the benefits of choosing arbitration as the dispute resolution mechanism. Mr Ravi Singhania also mentioned how arbitration is the most efficacious way of resolving disputes pertaining to staffing contracts.

After an engaging session, Mr. Dipak Rao and Mr. Ravi Singhania interacted with the participants and answered their queries related to various practical issues in staffing contracts.

Seminar on Prevention of Sexual Harassment at Workplace, Delhi