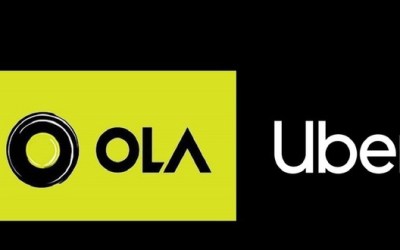 (As appeared in Bloomberg BNA)

India’s competition regulator is keeping an eye on app-based ride-hailing services Uber Technologies Inc. and its native rival Ola for possible collusion to harm competition, but complainants so far haven’t proved their case. Yet.

Antitrust attorneys told Bloomberg Law that the taxi company that brought several complaints to the government needs a better understanding of India’s antitrust law and actual evidence that the two ride-hailing companies are deliberately trying to stamp out competition.

But India’s regulator, in its June 20 opinion about the taxi company’s complaints, laid out its thinking on how collusion and dominance can cause anticompetitive harm, signaling that competition officials are aware of the problem and questions that might arise from shareholders who buy stakes from several competitors in a given industry.

The Competition Commission of India dismissed complaints that Uber and Ola, which have common investors such as Tiger Global Management and DidiChuxing, abused their market dominance individually and collectively.

There was no evidence that the two companies’ common investors caused anticompetitive behavior, the commission said.

Going forward, complainants must “provide explicit proof to create justifiable doubt in the commission’s mind that there has been an intent to harm competition or to collude,” Abhishek Kumar, associate partner at Delhi-based Singhania & Partners, told Bloomberg Law.

But competition officials “will keep a close watch” on Uber and Ola because the “potential effect of common shareholdings on competition, either by affecting unilateral horizontal incentives to compete or through incentivizing collusive behaviour, cannot be completely ruled out,” the commission said.

“Though there is currently no evidence that these anticompetitive harms have played out in the market, the commission will not hesitate in taking appropriate action under the act if an inquiry reveals compelling evidence of the anticompetitive effects of common ownership by institutional investors in concentrated industries,” the opinion said.

No Collective Dominance
India’s radio cab service Meru asked the commission to investigate several allegations against Uber and Ola in four large-city markets. The complaints said Uber and Ola were each individually dominant in the ride-hailing market and abused that dominance and that they also colluded with each other to maintain dominance. The common shareholders enabled Uber and Ola to indulge in anticompetitive behavior, the cab service said.

The regulator said there was no basis, based on the statements in complaints, to order an investigation.

The allegation that the common shareholders in the two companies led to anticompetitive behavior was “misplaced,” Anupam Sanghi of Delhi-based Anupam Sanghi and Associates told Bloomberg Law, because India’s Competition Act of 2002 has no provision for collective dominance. The statute’s language on dominance refers only to enterprises that are controlled by the same management or equity shareholders, not independent corporate entities such as Uber and Ola.

The commission said there was no evidence of shareholders’ common control of Uber and Ola. SoftBank Group Corp., for instance, is a minority shareholder in both Uber and Ola. SoftBank owns about 15 percent of Uber and has the right to appoint just two of 17 directors on its board, according to the commission. The test for “control” under the Competition Act “is not met,” the opinion said.

The commission also dismissed Meru’s complaint that Uber and Ola were engaging in predatory pricing practices such as below-cost pricing and offering unfair incentives for drivers. A large market share alone does not indicate anticompetitive behavior, the regulator said.