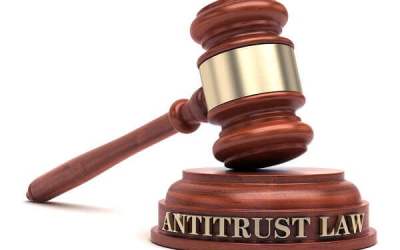 Lupin Ltd. won’t have to pay a 730 million Rupee ($10 million) fine, as India’s antitrust enforcer is again overturned on appeal. The Competition Commission of India (CCI) has seen several high-profile orders reversed recently for failing to uphold due process, delaying resolution and harming consumers and markets. In the Dec. 7 Lupin decision, the Competition Appellate Tribunal (COMPAT) cited a “lack of objectivity” in CCI’s underlying investigation that resulted in “unwarranted harassment” to the drugmaker.

Competition lawyers say these reversals underscore CCI’s lack of trained experts members to rule on substantive questions of law, and a creeping complacency on procedure.

Reversed decisions
CCI is a young agency, having only become fully functional in 2009. While it was at first applauded for passing crafting nuanced orders in cases that involved highly technical issues, it has faced increasing criticism.

For the second time in as many years, COMPAT also recently put on hold a CCI order imposing a $1 billion penalty on cement makers and their trade association for conspiring to fix prices. The order was first held because the CCI chairperson who signed the order hadn’t attended the hearing.

The common thread running through the cases is that “one of the parties had not been afforded a reasonable opportunity to present its case and was thus seriously prejudiced by the decision of the Commission,” Ravi Singhania, managing partner at New Delhi-based Singhania & Partners, told Bloomberg BNA.

Similar problems were cited by COMPAT in reversing other CCI decisions, including:

India Trade Promotion Organisation v. CCI(decided on 1 July 1, 2016)—COMPAT said CCI’s penalty was “totally bereft of reasons” and in ignorance of “the law laid down by the Supreme Court, the High Courts and this Tribunal.
Himachal Pradesh Society of Chemist v. Rohit Medical Store(13 Jan. 13, 2016)—COMPAT set aside CCI’s order citing a flawed investigation by the agency’s director general.
M/s. All India Motor Transport Congress v. Indian Foundation of Transport Research & Training (April 18, 2016)—COMPAT quashed CCI’s order due to an incomplete investigation.
The Air Cargo Agents Association of India v. CCI(Nov. 15, 2016)—COMPAT found a complaint had been filed under Sections 3 and 4 of the Competition Act but CCI ignored the allegations under Section 4 entirely in its order. COMPAT ruled that the director general had “committed serious illegality” and ordered CCI to reinvestigate the case and issue a fresh order.
M/s. Narendra Explosive Ltd v. CCI(May 10, 2016)—CCI was found to have issued an order against a party not involved in the matter and which had applied to have its name struck from the proceedings. CCI never responded to the application.
What It Means
COMPAT seems to be telling CCI—a very young regulator—that, in its hurry to set up a merit-based system and establish jurisprudence, it should be careful not to establish wrong precedents, Tarun Mathur, a Mumbai-based competition lawyer, told Bloomberg BNA Nov.23. Since the CCI is a quasi-judicial body, and not an administrative one, procedures should be correct and strictly followed, he said.

Most CCI members are former bureaucrats with little or no experience and or training in judicial procedures, Singhania said. Their administrative bias seeps through the way they proceed at the agency, and they often fail to follow statutory procedures even when correct on substantive law.

Antitrust lawyers agree that the large number of orders reversed over the last year shows complacency or even callousness, especially in procedural matters, and an inability to set things right, Singhania said. COMPAT has had to become a disciplinarian, frequently remitting matters back to the CCI or the director general, which prolongs the adjudicatory process. In the long run, he said, this could be detrimental to the market as well as consumers.

Vinay Kumar Sanduja, an advocate specializing in competition law associated with Dua Associates in New Delhi, told Bloomberg BNA Nov. 25 that frequent appeals to the COMPAT and the Supreme Court are part of the process through which India’s nascent competition regime will be able to settle positions of law and procedure.

Practitioners should be vigilant about their clients’ rights under the Competition Act, he said. Attorneys must themselves be well-versed with procedural regulations, including timelines for filing information on anticompetitive conduct, filing mandatory notices for proposed combinations and for seeking confidentiality of documents.

Neither CCI nor COMPAT responded to requests for comment.