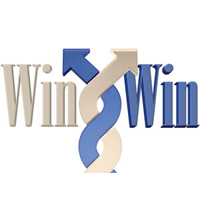 (As appeared in Financial Express)

To further ease of doing business and encourage startups, the Competition Law Review Committee set up by the government in September last year has suggested a slew of measures.

To further ease of doing business and encourage startups, the Competition Law Review Committee set up by the government in September last year has suggested a slew of measures. The committee mandated to review the Competition Act and suggest recommendations “in view of changing business environment” has recommended launching a ‘Green Channel’ route for expediting approvals of ‘certain’ mergers and acquisitions (M&A) by moving towards “disclosure-based regime with strict consequences for not providing accurate or complete information,” Ministry of Corporate Affairs said on Wednesday. The Green Channel approval has also been recommended for M&As under the Insolvency and Bankruptcy Code.

“Based upon their consultation with the CCI or based on the criteria they don’t have to wait for anything. Businesses can simply fill the required details, submit and carry out the M&A. It is just like an intimation,” Ravi Singhania, Managing Partner of Singhania & Partners told Financial Express Online.

Parties to the combination (M&A) may self-assess, based on specified criteria and pre-filling consultation with the Competition Commission of India (CCI), whether they qualify for notification under the Green Channel, the committee said. Herein, CII must be allowed to impose a penalty in case the company files incorrect or incomplete information. Also, the Green Channel route should become the de facto route the M&A notification and approval for majority cases, the committee added.

“For startups or small businesses, they won’t have to wait for months of regulatory approval and hence it would expedite the M&A process. Whether a startup or small business, the green channel is for those that will not affect competition in the market,” added Singhania.

It also suggested the introduction of necessary thresholds including a deal value threshold for merger notification. “Any new threshold must account for clear and objectively quantifiable standards for computing the necessary figure as well as local nexus criteria,” according to the report in order to ensure that transactions having a “significant economic link to India” are caught by the threshold.

In order to encourage self-compliance by companies, the committee said that it would be beneficial if annual reports of companies contain a disclosure regarding compliance with remedies. It also suggested updating the language of these provision including changing words such as foreign institutional investor and venture capital fund to foreign portfolio investor and alternative investment fund respectively categorised under SEBI’s AIF 1 category funds.