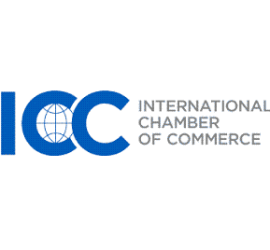 On 25 October 2017, International Chamber of Commerce’s (ICC) sole arbitrator, Cameron Hassall, agreed to hear the claims of China’s Sinosteel Equipment & Engineering (Sinosteel) against an Indian iron ore processor and exporter, MSPL. Claimant Sinosteel is China’s second-largest importer of iron ore in the business of management, supervision, design and manufacture of mechanical and electrical products in sectors including metallurgy, mining and energy.

(As published in China Business Law Journal published by Vantage Asia available on this link.)

The sole arbitrator, before proceeding with the merits of the dispute, at the outset decided to deal with the limitation issue related to the claims and counterclaims of the parties, and a partial award was delivered with regard to the same.

The companies had entered into three contracts relating to design, engineering, supply and technical services with respect to a pellet plant in the state of Karnataka with a capacity of 1.2 million tonnes per annum.

According to the contract, the equipment testing was to be done in three stages. The first two tests were conducted successfully, but the companies could not successfully conduct the third test.

The dispute arose after MSPL failed to fulfil its obligation and pay the claimant its dues for the completed part of the work under the contracts between them. The parties proceeded to make claims and counterclaims to prove how the claims of the other party were barred by limitation. All three contracts consisted of an arbitration clause and the dispute was accordingly referred to the arbitration.

The claims of the claimant concerned payments in stages under the three contracts, which the respondent had failed to make. The respondent’s counterclaims, on the other hand, hinged on reimbursement for the expenditure incurred to rectify the damage to the pellet plant due to the claimant’s non-performance of contract, and liquidated damage for the breach of the contracts.

Acknowledgment means a definite admission of liability; it is not necessary that there should be a promise to pay, and the simple admission of a debt is sufficient. Acknowledgement is a statement in writing that a debt is due and unpaid.

The entire contention of the respondent, on the other hand, was that there was no acknowledgment at all, rather the acknowledgment was contingent on the condition that the payment must be made only when the claimants successfully conduct the guarantee test contemplated under the contract. The respondent had argued that the fulfilment of the condition was mandatory so that acknowledgment under section 18 could be formulated, and such condition had in fact never been fulfilled.

The claimant also raised limitation objections to the claims of the respondent on both counts, i.e., the liquidated damages as well as the expense claims.

The respondent’s claims relating to liquidated damages, on the other hand, were rejected as being barred by time limitation. The expense claim of the respondent was left open to be contested on limitation at a later date.

Limitation bars the remedy; it does not extinguish the right. Therefore, provisions under section 18 of the Indian Limitation Act 1963, aid in restoring such rights. The claims of Sinosteel were saved by section 18 of the Indian Limitation Act 1963. This provision refreshes the prescribed three-year limitation period when an acknowledgment of liability is made by the opposite party before the expiration of the period prescribed.